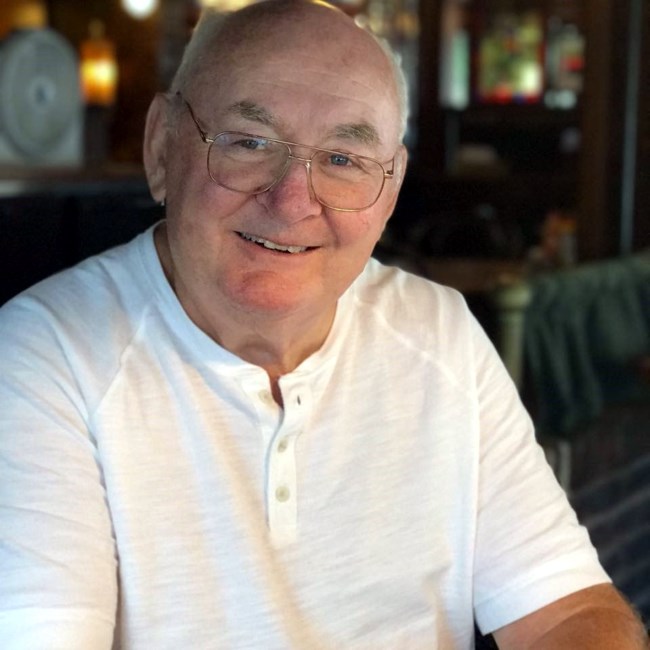 William “Bill” Hoppe, age 78, of Lincoln, passed away on Thursday January 13th, 2022. He is survived by his loving wife of 57 years Sue Hoppe; 2 daughters, Kim (Chris) Reimann, Kelly Decker; 1 brother, Ervin Hoppe Jr.; grandchildren, Tyler Decker, Haley Decker, Spencer Reimann and Emma Reimann. He is preceded in death by his father Ervin Hoppe, his mother Romana Hoppe, and his brother Jack Hoppe. Born June 15, 1943 in Omaha, Bill spent his childhood in Havelock. Growing up, he played baseball, but quickly realized his true passion was bowling. He graduated from Northeast High School in 1961. While attending Northeast Bill fell in love with a fellow classmate, Sue Hile, who he later married in 1964. In 1966, he was drafted into the Army where he served 2 years stationed in Japan. In 1968 Bill and Sue welcomed their first daughter Kim. Two years later in 1970, they had their second daughter Kelly. Over the next 50 years Bill dedicated his life to bowling. He became a member of the professional bowlers association, then managed and operated numerous bowling centers all across the country, until he gained part-ownership of 48 Bowl Inc. in 2002. He retired in 2017. Bill was an avid member of the Sowers Club from 1996. He enjoyed golfing, going to casinos, playing games, and driving through the country (or as he would call it, “taking the scenic route”). Bill was the definition of a family man. He worked hard to provide his loved ones with as many opportunities as possible. He was undeniably proud of them, and all that they accomplished. He supported all of his grandchildren from a variety of sidelines, cheering for them louder than anyone else in attendance. Bill led a great life, leaving a lasting impression on everyone he met. He had a gift of making everyone feel like family. He was one of a kind, who will never be forgotten, but forever remembered by all who were fortunate enough to know him. We will miss his infectious smile, bright blue eyes, and witty and sarcastic nature. Bill requested a celebration of life, and that the event be filled with joy and not despair. https://view.oneroomstreaming.com/authorise.php?k=1642571888160815
See more See Less

In Memory Of William "Bill" Hoppe