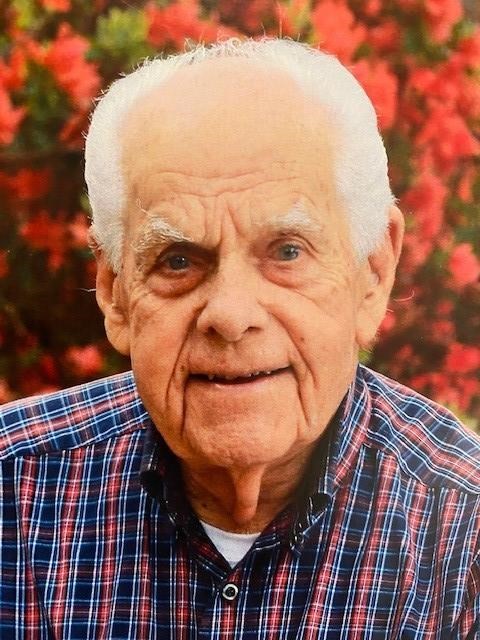 Leroy Jesse Evatt passed away Friday, August 5, 2022. He was born on April 10, 1918, in Vilonia, Arkansas, to Savannah Simpson Evatt and John Bunyan Evatt. At the tender age of fourteen, Leroy met Uvie Brown in a tabernacle at a Nazarene revival. Following a courtship throughout their schooling and Leroy's enlistment in the Arkansas National Guard, they were married in 1941. He would go on to be deployed to the Aleutian Islands during World War II with the US Army for 28 months. Upon return, he began a career as one of the first licensed barbers in the state of Arkansas. Leroy owned and operated the Donaghey Building Barber Shop, where he provided a quality cut and a listening ear to some of the state's most influential men in business and politics for over four decades. Together with his wife Uvie, Leroy raised his daughter, Karen who was the light of his life and instilled in her his guiding principles of family, faith, integrity, and the importance of looking on the bright side. Following in her parent's footsteps, Karen married her high school sweetheart, Sam, who credits Leroy with teaching him the joys of hunting, fishing, and the love of the outdoors. In recent years, Sam and Leroy were often seen heading out for long weekends at their family cabin in Drasco. Better known to family and friends as "Dado," one of his favorite pastimes was taking his granddaughter, Mary-Lee, treasure hunting around town in "Old Bessie," his turquoise Chevy pickup truck with no seatbelts. Mary-Lee's husband, Clay, also had a special bond with Dado as they fixed things around the house together and exchanged tall tales. He always had a memorable and infectious smile, and nothing made him smile more than spending time with his great-grandchildren, Molly and Connor. Strong in his Christian faith, Leroy and Uvie were members at Tyler Street Baptist Church for many years before joining Second Baptist Church where he proudly served weekly as an usher. In addition to his family, faith, and work, Leroy was a 32nd Degree Mason, an avid gardener, golfer, and head chef of the Shell Hunting Club. He loved his wife and family "a bushel and a peck and a hug around the neck." He was preceded in death by his parents, Savannah and John Evatt and four siblings: Leowen Evatt, George Ray Evatt, Inez Coker, and Grace Reed. He is survived by his wife, Uvie Brown Evatt; one sister, Clara Baker; one daughter and son-in-law, Karen (Dr. Sam) Welch; granddaughter, Mary-Lee (Clay) Smith; great-grandchildren Molly and Connor; and many nieces, nephews, cousins and friends who enjoyed receiving his daily email "The Morning Report". Visitation will be 1:00 pm until service time at 2 pm Tuesday, August 9, 2022 in the chapel of Griffin Leggett Healey & Roth, 5800 W. 12th St. Little Rock. Interment will follow in Vilonia Cemetery. To sign the online guestbook, click “Add A Memory” at: www.griffinleggetthealeyroth.com
See more See Less

In Memory Of Leroy Jesse Evatt