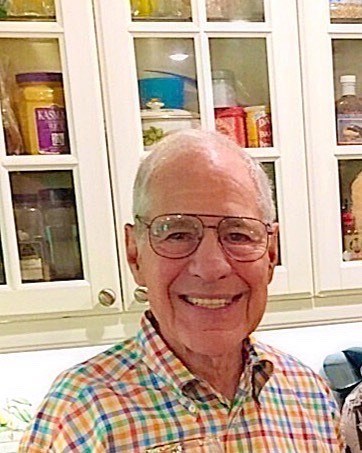 Alan Bernstein of Mendham Township, formerly of Livingston died on July 30, 2022 after a lengthy illness. He was 86. Alan grew up in Newark, was a graduate of Weequahic High School, New York University and Rutgers Law School - Newark. Although he obtained an insurance producer’s license and joined his father in his Newark Insurance agency, the law was his calling. After a judicial clerkship, Alan practiced law both as a solo practitioner and a member of the Roseland firm of Brach Eichler. During his fifty plus years of practice, he had many groundbreaking cases, mostly involving complicated insurance-coverage issues. His time at Brach Eichler allowed him to litigate not only the insurance issues he loved but cases involving the environment, real estate, construction and healthcare. His son David joined him in 1988 and enjoyed practicing with his father for many years. Alan was happiest at work and had an incredible work ethic. Arriving at his desk at 6:00AM, he thought nothing of working until 11:00PM, day after day. Yet, there was more to Alan than work. From an early age, Alan was fascinated by the world about him: birds, animals, geology, botany. His love of birds lead to his involvement with New Jersey Audubon where he served as counsel and a board member for forty plus years. His well-rounded legal experience allowed him to close title on new properties, litigate against defaulting contractors, pursue those who dumped trash on sanctuary properties and negotiate hurdles to obtain Green Acres Funding. Alan took great pride in his involvement. Alan had a deep love of Judaism and was a long-time member of Congregation B’nai Jeshurun in Short Hills where he served on the board of trustees, and was the Chairman of the Religious School, where he also taught religious school and confirmation class enthusiastically imparting to students what he learned from his many years of studying the Talmud. His deep faith and zeal for service extended beyond the temple and he spent many years in leadership positions with The United Jewish Appeal and Jewish Family Service. Alan’s greatest love was his wife Ann whom he met at a swim club when he was 19. They married in 1958 and spent 64 years together. With Ann by his side, they travelled the world, from the capitals of Europe, to safaris in East Africa, to the Antarctic, an extraordinary lifetime of adventure. Their son David became Alan’s constant companion. From Indian Guides to high-altitude hiking on Mounts Kilimanjaro, Kenya and Kinnabalu., to birding throughout New Jersey to exploring abandoned mines and collecting minerals, Alan and David covered a lot of ground together. Ultimately, Alan reveled in the opportunity to go on adventures and travel with David’s wife Sue and their son AJ. His friends and family will miss him terribly. Alan is survived by his wife Ann of 64 years, a sister Sandra Maury of NYC, his son David of Berkeley Heights, his daughter in law Sue and his beloved grandson AJ. Donations in Alan’s memory may be made to The New Jersey Audubon Society or Congregation B’nai Jeshurun in Short Hills. A graveside service will be held on August 2nd at 3 p.m. at King Solomon Cemetery, 550 Dwasline Road Clifton, New Jersey 07012.
See more See Less

In Memory Of Alan H. Bernstein