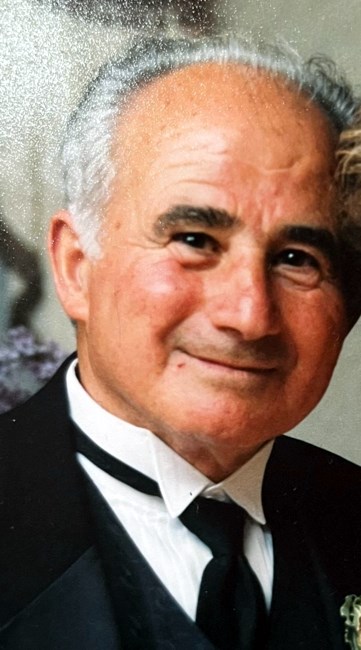 Angelo Salvatore DiGiorgio, 87, of Whippany, N.J originally from Bloomfield, NJ passed away Monday, September 19, 2022 with his devoted wife and his four sons by his side. He is predeceased by his parents Michele and Vicenzina DiGiorgio and is survived by his brother Anthony “Nino” DiGiorgio, Guiseppina DiGenova and husband Pat, and Rosina DiGiorgio. He is survived by his wife Gaetana married for over 61 years. His sons and their loving spouses Michael and Karen DiGiorgio of East Hanover, Louis and Shirley DiGiorgio of New Milford, John and Toni DiGiorgio of North Caldwell, and Angelo DiGiorgio Jr and his fiancé Dana LaBella of West Caldwell. He is also survived by his (7) grandchildren whom he loved so very much, Gabriella, Christina, Rebecca, Chloe, Nicole, Maria and Nicholas. Angelo immigrated to America in the 1960’s from the foothills of Mt. Etna in the picturesque town of Cerami, Sicily. He was a talented stone mason there and continued his trade in New Jersey where he built a beautiful family and legacy that American dreams are made of. Relatives and friends are invited to visit the LaMonica Memorial Home, 145 East Mount Pleasant Ave., Livingston, NJ on Friday, September 23 from 4-8 p.m. A mass will be held at Notre Dame Church, North Caldwell, NJ on Saturday, September 24 at 10:00 a.m. followed by entombment in the Gates of Heaven, East Hanover, NJ. In lieu of flowers, donations can be made in Angelo’s name to the Alzheimer’s Association.
See more See Less

In Memory Of Angelo S. DiGiorgio