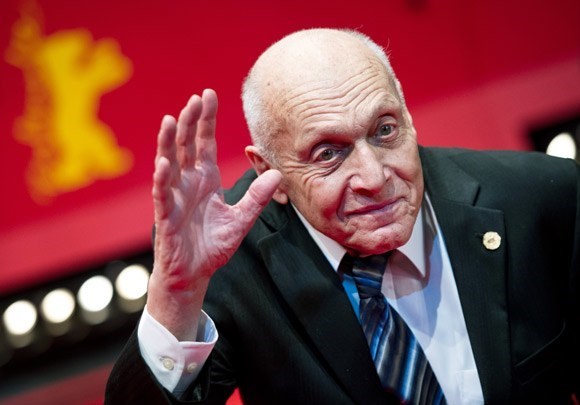 Harry L. Ettlinger of Whippany passed away on October 21st in Trenton, NJ. He was 92 years young. Harry was recently in the spotlight with the production of the “Monuments Men” film in 2014, that portrayed Harry as part of the Allied effort to find and save billions of dollars worth of art and other culturally important items stolen by the Nazis from museums, churches and private collections from all over Europe. For his effort, Harry received the US Congressional Gold Medal and made a speech in the US Congress as the representative of the 350 other Monuments Men. Born as a Jew in Nazi Germany, in the city of Karlsruhe, Harry witnessed first-hand the horrors of anti-Semitism and genocide. In 1938, his father was able to sneak the family out of the country, just weeks before the notorious Kristallnacht. Eventually, the Ettlingers settled in Newark, NJ, where the new immigrants learned to speak English and assimilate into American society. In 1944, after graduating from East Side High, Harry joined the US Army and eventually was sent to Europe to fight against what had been his homeland. In a fortuitous moment, as he was on a convoy heading to fight in the deadly Battle of the Bulge, he was pulled off the convoy, because of his ability to speak German. That bilingualism enabled Harry to serve as a translator and driver to James Rorimer, a key figure in the Monuments Men story, who was portrayed by Matt Damon in the film. In addition, after the German surrender, Harry spent four hours interrogating Heinrich Hoffman, Adolph Hitler’s personal photographer, prior to the Nuremberg Trials. Ultimately, Harry met and married his wife Mimi Goldman, who was his life partner for more than 53 years until her death in 2004. They raised three children and Harry went on to a successful career in aerospace engineering where he rose to Deputy Program Director for Singer-Kearfott of Wayne, NJ. Harry devoted massive hours to charitable and veterans causes. He was the State Commander for the New Jersey Jewish War Veterans and also the Co-Chair of the Raoul Wallenberg Foundation of NJ. He was an active and passionate member of the VFW Parsippany Post 10184 as well as the Knights of Pythias. Predeceased by his wife Mimi, his father Max, his mother Susan and his brothers Klaus and Ralph, Harry is survived by a loving family who cherished every moment with him. This includes his daughter Amy Tyler (Tom), his son Dr. Robert Ettlinger and his son Paul (Leslie). He had four grandchildren, Lindsey, Allison, Lauren and Drew. Harry also leaves behind his long time companion, Dorothy Kahan and her family. Services for Harry will held on Friday, October 26 at 11:30 AM at Bernheim Apter Kreitzman Funeral Chapel, 68 Old Short Hills Rd., Livingston, NJ 07039. In lieu of flowers, memorial contributions may be made to: Wallenberg Foundation of NJ, 2 Ridgedale Ave., Suite 350, Cedar Knolls NJ 07927
See more See Less

In Memory Of Harry L. Ettlinger