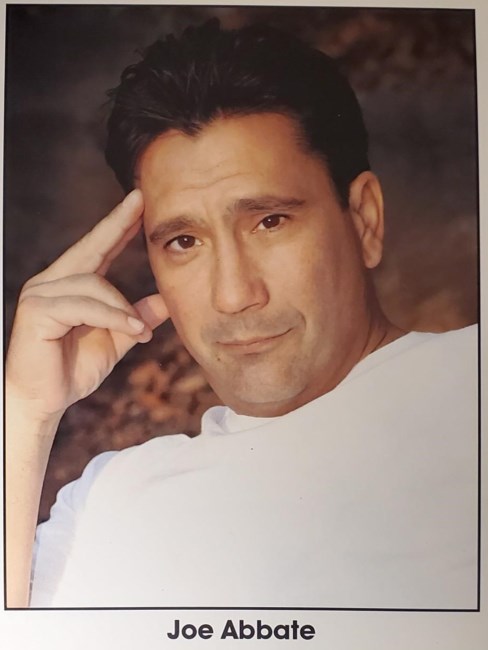 Joseph M. Abbate, of Parsippany, passed away suddenly on Wednesday, July 27, 2022 at the age of 62. Born in Paterson, he lived in Wayne before moving to Parsippany 15 years ago. Joe was an insurance agent for more than 30 years, worked as an actor in both commercials and various television series, and was a member of the Screen Actors Guild. His credits include the Sopranos, Boardwalk Empire, and Hightown. He was the beloved husband of Susanna (Agrillo), cherished father of Marina Abbate, loving brother of Mia Puglisi (Chris), Cheryl Liccardi (Kevin), Nicole Paladino, (James), and the late Janice Abbate, dear son of Joseph Charles Abbate and step son of Ruth (Plant) Abbate, and uncle of Salvatore and Angela Puglisi, Alexa and Nicholas Liccardi, and Lira and Ava Paladino. Visitation will be held on Sunday, July 31, 2022 from 2-6 pm at the LaMonica Memorial Home, 145 E. Mt. Pleasant Avenue in Livingston, NJ. The Mass of Christian burial will be on Monday, August 1, 2022 at 10:30 am in St. Peter’s Church in Parsippany followed by the entombment in Gate of Heaven Cemetery in East Hanover.
See more See Less

In Memory Of Joseph Mark Abbate