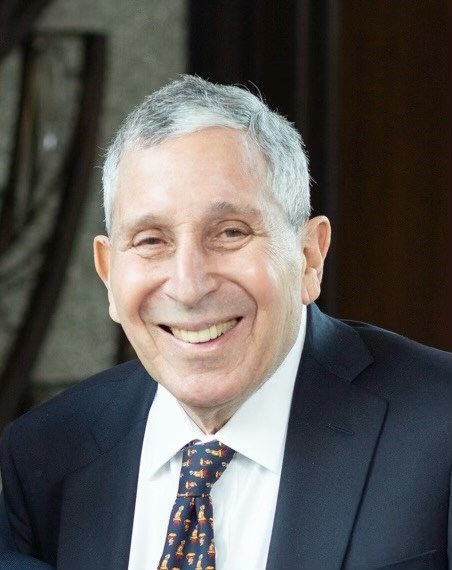 Dr. S. Kenneth Jacobson, 83, longtime resident of South Orange, son of the late Louis C. and Mildred Jacobson, died on September 14, at his home in Manhattan, after a long illness. Kenny grew up in Maplewood and graduated Columbia High School in 1956. He attended the University of Pennsylvania for college and medical school, graduating in 1960 and 1964 with Phi Beta Kappa and Alpha Omega Alpha honors. He served as a doctor in the United States Army, first at Fort Dix and eventually at the 93rd Evacuation Hospital, Long Binh, Vietnam. He attained the rank of Major and earned the Bronze Star for meritorious service. Kenny practiced cardiology and internal medicine in Maplewood from 1971 until his retirement in 2015. He was a fellow of the American College of Cardiology and served for a time as Chief of the Cardiology Section at St. Barnabas Hospital in Livingston and as an Assistant Clinical Professor at Mt. Sinai School of Medicine. Kenny met his wife of 54 years, Carol Glickman Jacobson, on April Fool’s Day in 1968, and they were married in Philadelphia a few months later. They raised their children in South Orange. A lifelong distance runner, he ran three marathons and was the enthusiastic “Commissioner” of his backyard basketball league. Kenny also enjoyed Duplicate Bridge, often playing with his mother as his partner before her death in 2006, and proudly earned the rank of Life Master. A member of Orange Lawn Tennis Club, Kenny could be found there on many an afternoon playing a set or two with other regulars. Kenny lived his life for his adoring family. He will be remembered by friends with whom he has remained close since childhood, and patients grateful for his compassionate and effective care. He is survived by his wife Carol, his sister Marjorie Sherman, his children Jeffrey S. Jacobson, (his wife Janice) and Suzanne J. Kirsch, (her husband Matthew) and four grandchildren, to whom he will always be “Popsy.” Funeral services will be held at Bernheim-Apter-Kreitzman Suburban Funeral Chapel, 68 Old Short Hills Road, Livingston NJ 07039, at 1:00 PM on Sunday, September 18. The family requests that, in lieu of flowers, donations be made in Kenny’s memory to the charity of the donor’s choice.
See more See Less