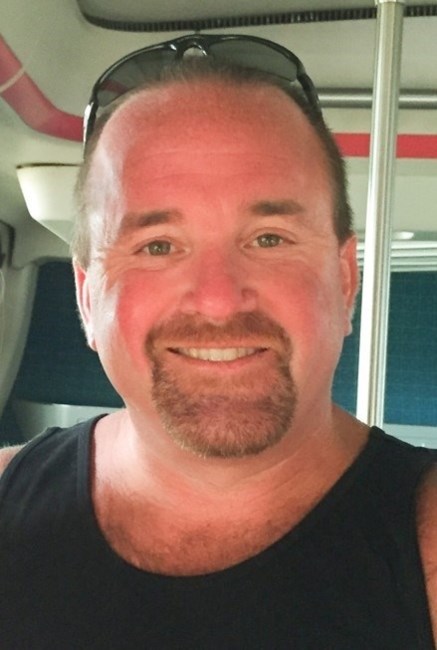 Christopher (Chip) William Dzumaryk August 19,1971 - September 14, 2022 The family of Chip Dzumaryk, age 51, of Milford, Michigan, sadly announce his passing on September 14, 2022. Chip was the loving husband of Erin, beloved father of Devin and Cole. Brother of Scott Dzumaryk (Christine), brother-in-law of the late Scott Kennedy (late Michelle), Kara Johnson (Brien), Lauren Kennedy. Uncle of Kyrra, Savannah, Connor, Lily, Emily and Ethan. Son of the late Elaine Thompson and Edward Dzumaryk. Chip grew up in Plymouth, Michigan and summered in Leamington, Ontario, where his family owned a cottage in Point Pelee. Little did Chip know that taking a job as a teenager digging trenches for Casper’s Landing Marina would later lead to marrying the owner’s daughter, Erin, and raising their two children in Milford. Being the lucky #3 lefty who had played every hockey position into his high school years prepared Chip well for becoming the consummate hockey dad and supporter people knew later in life. You could count on him never missing his children’s games and always standing in position at the glass. Not only did he encourage Devin and Cole, but also their teammates. After all, hockey is family, and that was very important to Chip. In fact, making everyone feel like family and welcomed was one of Chip’s greatest traits. Every person remembers Chip for his huge heart. Whether it was teaching you how to do something, blowing out your sprinklers, fixing your car (which he could do blindfolded!), walking you to the door, giving you a career opportunity, teaching you about life, bringing your favorite food, making you a hot toddy when you are sick, or just plain seeking you out to genuinely ask how you are doing, Chip lived to help others. Teaching responsibility to his children was important to him as a father, and he taught that lesson well. Chip worked at ADVICS North America for over 15 years as the supervisor in the Control Systems Department. He was responsible for managing two test tracks as well as managing the product validation team. Colleagues spoke of his organizational skills, how he taught them so much to advance their own careers, and the value of precision. Precision was another of Chip’s most memorable qualities. All who knew him will never forget the joy the deep perfection of his golf course quality lawn brought to him, and how he passed his lawn care knowledge on to his children. Besides his tractor, the other place that brought Chip immense joy was Disney World, which he ventured to multiple times with his family, and always honored by setting up his Disney Christmas Village and Monorail. Details of a Celebration of Life will be shared directly with family and friends. In lieu of flowers, the family requests that those wishing to honor Chip’s memory donate, in his name, to a mental health organization of their choosing. Condolences for the Dzumaryk family and memories of Chip may be shared at www.HarryjWillLivonia.com and at the Celebration of Life.
See more See Less