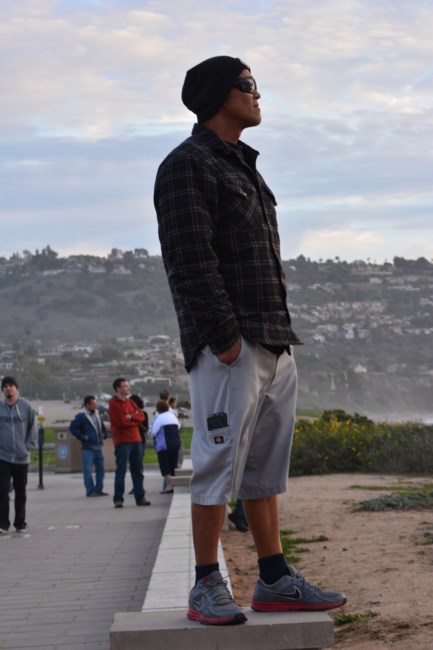 Jesse V. Ferreras entered into eternal life peacefully on November 18, 2015 at the age of 49, surrounded by his family. Jesse was born on December 25, 1965 in Manila, Philippines to Maximo and Joaquina Ferreras. He was the youngest of 12 children. He graduated from Narbonne High School in Harbor City, CA in 1984. He enjoyed listening to reggae, oldies, barbecuing, loved cooking, bike riding at the beach, black jack, fishing, being with his family, and having fun with friends. Jesse was a devoted father and husband with a great sense of humor. He loved watching his daughters play softball for many years and being part of the coaching team for Eliana at North Torrance Girls Softball League. Jesse worked for Office Depot/Max for over 18 years as driver. He loved being out on the road driving and meeting people. Anywhere he went someone knew him. His favorite football team were the RAIDERS! He was a die hard raider fan! When the Raiders played he would always put on his jersey and the surround sound on the television came on! Jesse was preceded in death by his son, Justin Ferreras; parents, Maximo and Joaquina Ferreras; his brother, Eufemio Ferreras; his four sisters, Erlinda Ferreras y Sorrera; Norma Ferreras y Donato; Rosalina Ferreras; Gloria Ferreras. He leaves his loving memories to be cherished by his: wife, Mercedes; his two daughters, Leilani and Eliana; Three sisters, Leony Garcia; Zenaida Tuzan; Angelita Ignacio. Three Brothers, Eduardo Ferreras; Rolando Ferreras; Dante Ferreras; brothers and sisters in law, many nephews, nieces, and friends We were all blessed to have him in our lives and he will be greatly missed. Until we meet again.
See more See Less

In Memory Of Jesse V. Ferreras