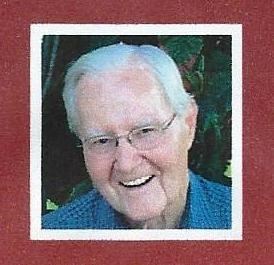 Former Minister of Westwood Hills Christian Church, Los Angeles Myron J. Taylor March 26, 1924 – January 2, 2015 (90) Myron J. Taylor passed away peacefully with family at his side January 2, 2015. He was born in Goodwill, WVA to Everett and Lillie Taylor He is survived by his beloved wife, Sarah Jean of 68 years and children Toni, Tim, and Terri, seven grandchildren, 4 great grandchildren and two sisters, Freda Butt and Clara Williams. He was Minister Emeritus of the Westwood Hills Christian Church off the campus of UCLA. He served the Westwood church for thirty years and retired in 1999. He graduated from Johnson Bible College (B.A.) in 1956—that degree was elevated by Christian Theological Seminary to (M.Div.) in 1972. His alma mater, Johnson Bible College, honored him with the Doctor of Ministry degree in 1980. Dr. Taylor also served Pastorates in Indiana, Ohio and Georgia. The Myron J. Taylor lectureship in preaching was established at Emmanuel School of Religion in Tennessee, where he had served as Adjunct Professor of Preaching for twenty-six years. He has spoken for many national and international conventions and lectureships. He was a prolific writer, speaker, and has written several books. He was a member of the Westwood Village Rotary Club and named Rotarian of the Year, and a Paul Harris Fellow. Preaching has had priority during his 68 years of ministry. A viewing will be held at Pierce Brothers Westwood Village Memorial Park and Mortuary from 12:00 – 1:00 pm, Sunday, January 11, and a service in celebration of his life at the Westwood Hills Christian Church, Sunday, January 11 at 2:00 pm, followed by a reception at the church. Donations in lieu of flowers may be made to Emmanuel Christian Seminary, Johnson University, or Westwood Hills Christian Church.
See more See Less

In Memory Of Myron J Taylor