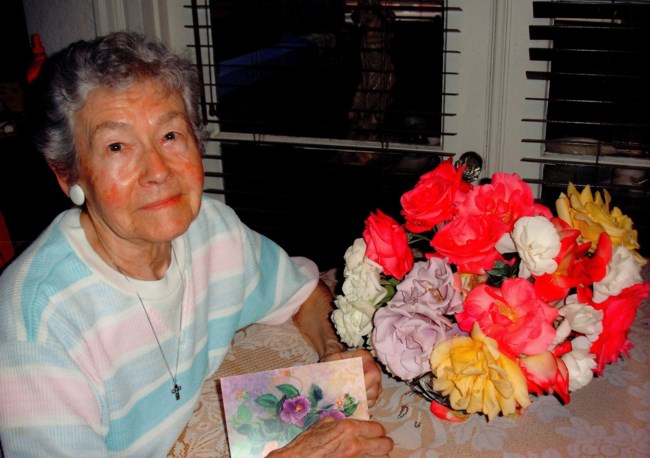 Patricia Rose (Mergens) Chapel was born on March 17,1930, in St. Paul Minnesota to Ivy K(deceased) and Alois S. Mergens (deceased). In 1952 she graduated from Mt. Scholastica College in Kansas, majoring in foods and dietetics. During the Korean War she served 2 years as a dietitian in the United States Air Force. In 1956 , she entered the order of “The Little Company of Mary” and served the Lord as a hospital dietitian for 14 years. With the Church’s sanction she left the convent. 4 years later, she married her beloved husband , Peter C. Chapel and was happily married for 41 years until he died in 2015. Her other interests,were sharing her poems and songs inspired by the Holy Spirit, in nursing homes and with family and friends, watching mass on EWTN, and praying unceasingly. She became a member of the 3rd order of St. Dominic in 1981. Her faith sustained her until God called her home. She died in her home in Hemet ,California. Pat was predeceased by Peter and 3 of her sisters, Phyllis,Rita and Joan. She is survived by her younger sister , Nannette, and numerous nieces and nephews. PATRICIA’S LEGACY “Always remember me as a child of Mary, loving our Heavenly Father, for faith-filled parents, devoted husband and family.”
See more See Less

In Memory Of Patricia Rose Chapel