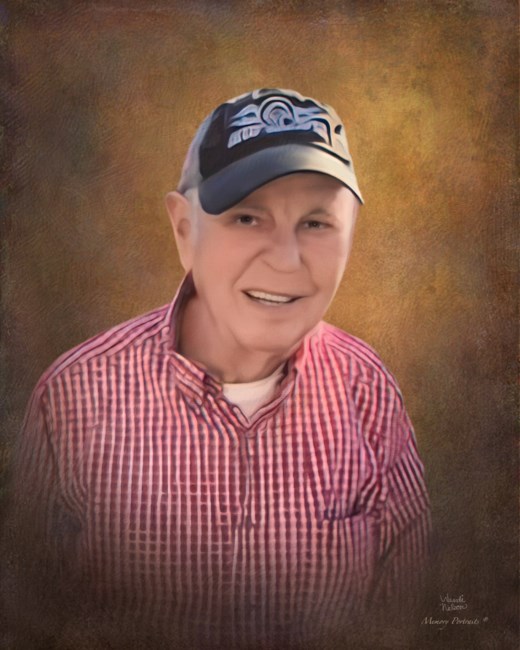 Glenn Oris Hamric, age 88, passed into eternity on January 10, 2022 after a brief illness. He is survived by his wife of 66 years, Barbara J. Menendez Hamric, daughters; Diana Hamric Maslowski (Gary) and Laura Hamric Gorman Ernspiker (Tony), grandchildren; Roy Gorman (Melanie), Megan (Richie Abell), Wynter Rupp (Jon), Kara Kuykendall (David), Chase Gorman (Marcella) and Alayna Maslowski, Tiffany Marcum, Scott Magers (Amanda) Brooke Monroe (Scott), Jessica Rueff (Andy), 14 great grandchildren and 1 great-great grandchild. After his family, his greatest love was his garden, fruit trees and berry bushes. He lovingly planted hundreds of tomato plants and vegetables of all kinds each year, harvesting the bounty to share with friends, family and the less fortunate. Many a gardener benefited from his gardening knowledge and wisdom over the years. Glenn proudly sold his produce at the Jeffersontown farmers market for many years and was even asked to host a booth after his “retirement” to give gardening advice (but declined the honor). He was a man who showed you he loved you by his acts of service; working with The Olmstead Parks Conservancy; clearing invasive weeds, cutting down trees that had been storm damaged, working at the Kentucky Science Center running the IMAX Theatre and ushering at Actors Theatre, driving to Lexington to change your brakes in the parking of Commonwealth stadium or traveling to repair houses in the aftermath of natural disasters (where he Sunday Schooled with former President Jimmy Carter) and building cabins at Camp Loucon. A lifelong Methodist, Glenn served as UMYF counselor at his church in Liverpool, NY and Buechel UMC in Louisville. He most recently attended and served at St. Matthews United Methodist church where he played Dart Ball. When his waterskiing abilities declined due to age, he bought a Jet Ski so he could continue enjoying the river and Dale Hollow Lake with his family. He was an avid U of L fan and attend the University’s Football games for more than 25 years. Glenn was employed by General Electric for his entire 33-year career and never one to slow down after his retirement he worked at Lowes, in the paint department. A memorial service to honor the life of Glenn will be held Wednesday, January 26th at 2pm at St. John United Methodist Church 12700 US-42 Prospect, KY 40059. Visitation will be Tuesday, January 25th from 4-7pm at Arch L. Heady at Resthaven Funeral Home 4400 Bardstown Road Louisville, KY 40218. Visitation will resume Wednesday at church from 1-2pm. The family requests no flowers but Expressions of Sympathy may be made to St. Matthews Area Ministries (St. MAM) 201 Biltmore Road, Louisville, KY 40207.
See more See Less

In Memory Of Glenn O. Hamric