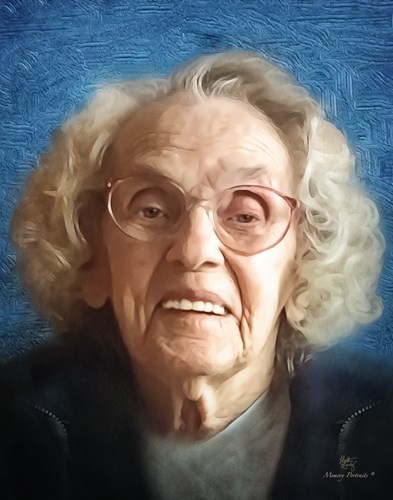 LOUISVILLE - Grace Louise Hemberger Howell, born April 6, 1921, passed away peacefully on Saturday, July 28, 2018 at 5:15 am. She was 97 years old. Grace was a lifelong resident of Louisville but at the time of her death was in hospice care due to lung cancer, living with her son and daughter-in-law in Shelley, Idaho. She is preceded in death by her brothers, Jay and Jack Hemberger, and her husband of 55 years, John E. Howell, a WWII veteran. She is survived by her three children Janel Howell Miller of Houston, Byron E. Howell of Shelley, and Debbie Howell Klotz of Louisville, nine grandchildren, two step granddaughters, 15 great grandchildren, and seven step great grandchildren. She graduated from Jeffersontown High School, worked during the war at the Indiana bag plant, and later at Hawthorne Elementary School and Derby Cone Company. Her shining work accomplishment was her distinction as the longest working Avon independent representative in the nation, with 59 years of continuous service until her death. Grace was an athlete as well, having coached her church softball and basketball teams at Bethany Baptist church and having played basketball in high school and semi-professional women’s softball during the war. Within the past 5 years, she competed in the National Turnfest in gymnastics and track (finishing first in the 80+ age group) and just last year, she climbed Multnomah Falls, in Oregon. Grace loved to travel and would meet you anywhere in the world. She was a consummate counselor, teacher and care taker. Her stories were legendary, sometimes told for amusement, sometimes for engagement, but almost always as a motivator to others. Her family and friends will sorely miss her wit and her wisdom. A funeral service to celebrate Grace’s life will be conducted at 10 am on Saturday, August 11, 2018 in the chapel of Arch L. Heady at Resthaven, 4400 Bardstown Rd. with interment to follow at Cave Hill Cemetery. Guests are invited to attend a visitation from 10 am - 8 pm on Friday, August 10, 2018 and after 9 am the day of the funeral. Remembrances may be made to the American Cancer Society. Please visit us online at www.archlheadyresthaven.com Grace Howell
See more See Less