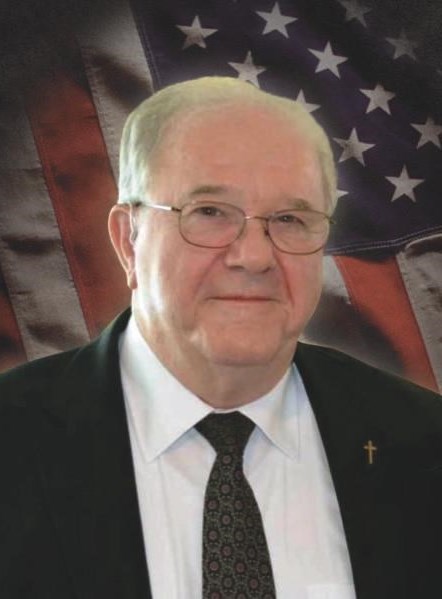 John Russell Fleming John retired from the 5010th U.S. Army Hospital after earning the rank of Colonel. He served our country active duty in the Army during the Vietnam War from 1965 thru 1967, and then in the Army Reserves for 35 years, finally retiring in 2002. He was also retired from the Federal Reserve Bank in Louisville, KY, where he worked for 29 years. He was a Master Mason of The Owensboro -- Yellow Banks Lodge #130 of The Grand Lodge of Kentucky F. & A.M. He was recently ordained as a deacon at his church, Southeast Christian Church’s Chapel in the Woods. John is preceded in death by his son, Donald Scott Fleming, his parents (Chester Louis Fleming and Marietta Wilson Fleming), and three siblings (Shirley Cornelia Newcom, Robert Bradshaw Fleming, and Allen Louis Fleming). He is survived by his wife of 56 years, Marilyn Jackson Fleming, their children, John Russell Fleming, Jr. (Lori), Randall Keith Fleming, and Esther Michelle Fleming Longhofer (Clark). He is also survived by 7 grandchildren (Arich Ryan Fleming Reynolds [Sarah], Tyler John Fleming Reynolds [Ruth], Jory Mackenzie Fleming, Lauren Katelyn Fleming, Kilee Rose Fleming, Cooper Scott Longhofer, and Wesley Clark Longhofer), 2 step granddaughters (Jenna Lee Meadows and Ashleigh Dawn Meadows), 2 great grandchildren (Wyatt Tyler Reynolds and Magnolia Lynn Reynolds), 2 siblings (Wanda Sue Hall [Wayne] and Jessie Owen Fleming [Diane]), and numerous other family and friends. Guests are invited to attend a visitation from 3-8 pm on Friday, January 21, 2022, at Arch L. Heady & Son at Westport Village, 7410 Westport Road, Louisville, KY 40222. A funeral service will be conducted at 1 pm, with visitation from 12-1, on Saturday, January 22, 2022, at Southeast Christian Church’s Chapel in the Woods, 1407 Moser Road, Louisville, KY 40299. Interment will take place at 12 pm CST on Monday, January 24, 2022, at Rosehill-Elmwood Cemetery, 1300 Old Hartfield Road, Owensboro, KY 42303. In lieu of flowers, the family is asking donations may be made in John's name to: Chapel in the Woods, 1407 Moser Road, Louisville, KY 40299 or The Wounded Warrior Project, P.O. Box 758516, Topeka, Kansas 66675-8516.
See more See Less

In Memory Of John Russell Fleming