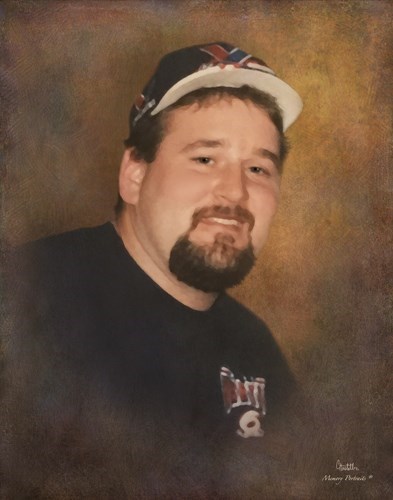 Mark Wolf, 50 passed away January 14, 2021. Born to the late Carl and Brenda Wolf on April 3, 1970 in Louisville, KY. Mark was Catholic by faith and the proud owner of All-Brite Electric Company. He was a guest rider of Blue Knight’s KY VII. Mark leaves behind to cherish his memory his son Jacob Wolf, Jacob’s mother Beth Wolf and siblings Bonnie Thomas (Eric), Mary Hawkins (Jack), Carl Wolf Jr. (Jan), Michael Wolf, Sheila Martin (Mark) and David Wolf. Mark is also survived by a loving extended family of aunts, uncles, nieces and nephews. A service to honor the life of Mark will be held Wednesday, January 20th at 12pm in the chapel of Arch L. Heady at Resthaven Funeral Home with burial to follow in Resthaven Memorial Park. Visitation will be Tuesday, January 19th from 2-7pm in the funeral home and will resume Wednesday at 10am until the start of the funeral. Expressions of sympathy can be made to the Wounded Warrior Project. “Live to Ride. Ride to Live”
See more See Less

In Memory Of Mark E. Wolf