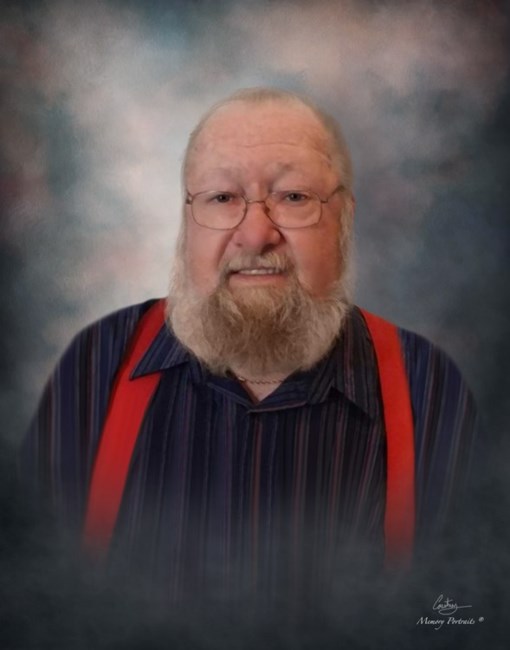 Michael Eugene “Mike” Hibbs, 76, of Louisville, Kentucky departed this life on Friday, January 20, 2023 at the University of Louisville Hospital. Born on May 22, 1946 in Louisville, Kentucky Michael was the son of the late Clifford Leo Hibbs & Dorothy Vernon Allgood. He married Elizabeth Harroald in Wichita, Kansas on April 15, 1966 celebrating 56 years of marriage. He served his nation with pride and honor for over 4 years in the United States Air Force & obtained an Associate’s Degree from Watterson College in Louisville. He worked for Ford Motor Company in the Kentucky Truck Plant where he was Paint Mixer, retiring after 30 years. He was an avid wood carver & was a member of the Falls City Carvers Guild. He was a man of faith, a member of the Summit Hills Baptist Church. He loved to fish, camp, collect cast iron & liked going through flea markets. Michael lived a full life, a life well – lived! His parents, Clifford Leo & Dorothy Hibbs; & son, James Clifford “Jamie” Hibbs, precede Michael in his passing. Left to cherish his memory is his wife of 56 years, Elizabeth Hibbs; son, Dane (Sharon) Hibbs; 12 – grandchildren; 11 – great – grandchildren; 8 – great – great – grandchildren; 3 – brothers, Larry (Maxine) Hibbs, Darryl Hibbs & Richard (Charlotte) Hibbs; many nieces & nephews; plus, a host of other relatives and friends to mourn his passing. Funeral Services will be held on Thursday, January 26, 2023 at 2:00 p.m. in the Dignity Chapel of the Evergreen Funeral Home. Michael will be laid to rest in the Evergreen Cemetery & Garden Mausoleums. Visitation will be held on Thursday, January 26, 2023 from 11:00 a.m. until the Funeral Hour of 2:00 p.m. also at the Evergreen Funeral Home.
See more See Less