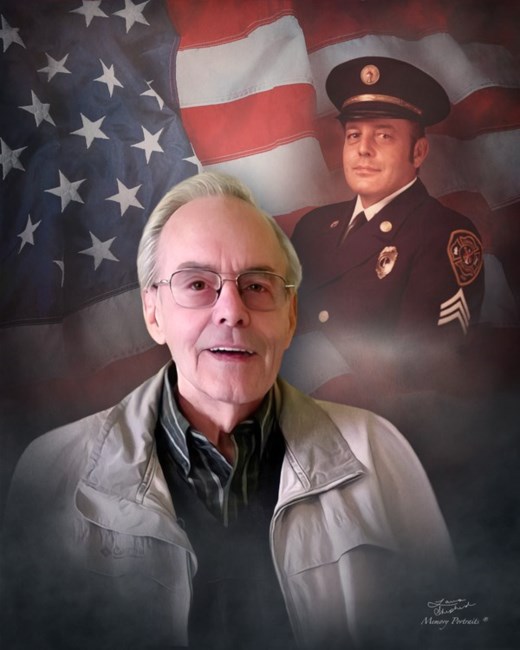 Robert "Bob" Lee Boyd Sr., 88, of Louisville, Kentucky departed this life on Saturday, July 30, 2022 at the Norton Hosparus Inpatient Care Center in Louisville with his daughter by his side. Robert was born on December 12, 1933, to parents, Thomas L. Boyd & Hester D. Boyd. He was born in Louisville, Kentucky and grew up in Elizabethtown, Kentucky. He met the love of his life Joyce Jane Cundiff, a waitress at a local restaurant called the Food Basket. After dating for a year, they got married on Easter Sunday, April 5, 1953. They had 2 children, Robert Boyd Jr. and Rhonda Boyd. He took over his father’s amusement machine business called Boyd Amusement and then got hired on to the Louisville Fire Dept. In 1963, they moved to the Pleasure Ridge Park area. He was a member of Beechland Baptist church for over 30 years. After retiring from the Louisville Fire Department in 1989 he wanted to keep busy and got a job at Central School Supply for a few years. Bob devoted his life to his family by being a wonderful provider and a hard worker. He often worked two jobs at a time and in between took excellent care of their home. His wife of 69 years, Joyce “Jane” Boyd; parents, Thomas L. Boyd & Hester D. Boyd; sisters, Caroline Boyd, Martha Ann Boyd; brothers Tommy Boyd and Joe Biddle; & grandson, Joseph Kauska, precede Bob in his passing. Left to cherish his unforgettable memory is his son, Robert (Patricia) Boyd & daughter Rhonda (Donald) Deputy. From these two marriages they gave their father 5 – grandchildren, Taylor Boyd, Trevor Boyd, Jennifer (Chris) Broda, Christie (Stephen) Tipton & Amanda (Samuel) Mazziotti; 8 great grandchildren, Christopher Broda, Rebecca Broda, Nicklaus Broda, Gracelyn Tipton, Jude Tipton, Lillian Mazziotti, Holden Mazziotti & Madison Kauska; his sister, Barbara Waddell; plus, a host of other relatives and friends to mourn his passing. May he forever be remembered, God rest his soul. Funeral Services will be held on Friday, August 5, 2022 at 1:00 p.m. in the Dignity Chapel of the Evergreen Funeral Home. Robert will be laid to rest in a private service following his funeral in the Maple Garden of the Evergreen Cemetery & Garden Mausoleums. Visitation will be held on Thursday, August 4, 2022 from 2:00 - 7:00 p.m. and then again on Friday, August 5, 2022 from 11:00 p.m. until the hour of service at 12:00 p.m. also at the Evergreen Funeral Home. In lieu of flowers, donations to Hosparus of Louisville would be appreciated.
See more See Less