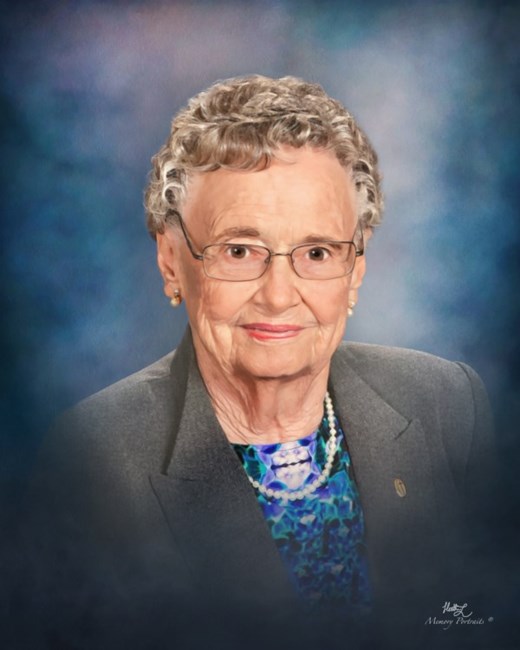 Ruth Schocklee Boyken, 101, of Louisville, Kentucky departed this life on Monday, January 23, 2023 at Brookdale of Stonestreet. Ruth was born on Sunday, May 8, 1921 on a farm near Livermore, Kentucky. She was one of seven children born to Richard & Lelia Shocklee. Ruth graduated high school and went to work at GE. She married her high school sweetheart, John Boyken and they were married for 49 years. They loved to travel, visiting all 50 states. Later in life, she participated in group tours and visited many European Countries, as well. Ruth is preceded in death by her husband of 49 years, John Boyken; son, John S. Boyken; as well as her parents, Richard & Lelia Shocklee; & 6 – siblings. Ruth leaves behind a family who she loved and cherished the time she spent with them. Left to cherish her memory are her children, Sharon (Jim) Payne & Gerald (Dana) Boyken; 8 – grandchildren, Cathleen, Lisa, Neil, Erin, Cody, John, Jason & Jared; 13 – great – grandchildren; 1 – great – great – grandchild; many nieces & nephews; plus, a host of other relatives and friends to mourn her passing. Funeral Services will be held on Saturday, January 28, 2023 at 3:00 p.m. in the Dignity Chapel of the Evergreen Funeral Home. Ruth will be entombed in the Court of St. Paul of the Evergreen Cemetery & Garden Mausoleums, where she will rest alongside her husband, John, for eternity. Visitation will be held on Saturday, January 28, 2023 from 1:00 p.m. until the Funeral Hour of 3:00 p.m. also at the Evergreen Funeral Home. In Lieu of flowers & customary expressions of sympathy, memorial contributions can be made to Hosparus. The family would like to express many thanks to all the helping hands at the Brookdale Community, where she lived for the past twelve years.
See more See Less

In Memory Of Ruth Shocklee Boyken