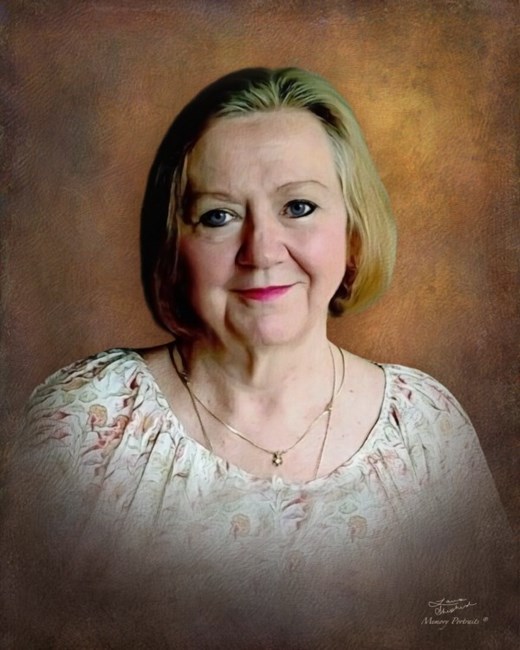 Sherry Anita (Calloway) Howard, 69, of Louisville passed away in her home on May 9, 2022. She was born July 16, 1952 in Greenville, Alabama to the late Lawrence and Helen Calloway. She is also preceded in death by her in-laws Snow and Emmett Howard, Lou Ellen, Wendell, and Doug. Left to cherish Sherry’s memory are her husband of 51 years Stephen Howard, children; Stephen L. Howard, and Scott (Tiffany) Howard, grandchildren; Erik, Matthew, and Nicholas Howard, sister Peggy (Irv) Maze, sister in-law Charlotte Jackson, niece Kristina Bush, and nephew Brian Gerrits. Sherry was a loving wife, mother, grandmother, sister, and aunt whose world revolved around her family. She was an avid pursuer of family genealogy and worked as a supervisor for Sam’s Club for 22 years. A funeral service will be held in the chapel of Arch L. Heady & Son Westport Village on Thursday May 12th at 12pm. Visitation will begin prior to service from 10am-12pm. Burial will take place at Resthaven Memorial Park after the conclusion of the funeral service. Memorial contributions can be made in Sherry's name to Hosparus Health 6200 Dutchmans Ln. Louisville, KY 40205, WHAS Crusade for Children 520 W Chestnut St. Louisville, KY 40202, and The American Diabetes Association P.O. Box 7023 Merrifield, VA 22116. Fond memories and condolences can be made at www.archlheadywestport.com
See more See Less

In Memory Of Sherry Anita Howard