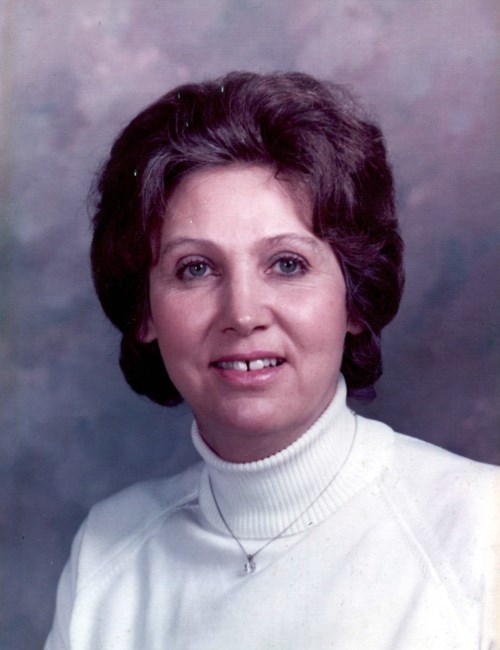 Thelma Margaret Reddicks Metts, 96 of Louisville, passed away Thursday, January 20, 2022. Born June 24, 1925, she was a faithful wife of the late James Arthur Metts Sr. and daughter of the late Daniel Boone Reddicks, and the late Mary Emily Faulkner of Loretto, KY. Thelma loved being a wife and mother to her family. She was a fantastic cook and entertained Merle Haggard with pie while on vacation in Tennessee. Thelma was a faithful servant of God who believed in the power of prayer to heal all things and bring light into the world. Thelma was preceded in death by her sons; Roger Metts, Samuel Metts, Bruce Metts and Shannon Metts, three grandsons; Michael Ross Metts, Gary Wayne Montgomery and Wade Arthur Hunter, nine siblings; William, Samuel, Carl, Winton, Mary Ola Reddicks, Dorothy Nalley, Mable Nalley, Marcella Lyvers and Juanita Wroblewski. Left to cherish her memory are her children; Ronald Metts(Linda), Darlene Metts, Sherry Metts, Juanice Metts, Timothy Metts(Terri), and Kerry Metts(Heather), many grandchildren, great grandchildren and great-great grandchildren. Visitation will be Thursday, January 27, 2022 from 10am-1pm, with a funeral service at 1pm at Arch L. Heady & Son Funeral Home-Okolona. Entombment will follow at Evergreen Cemetery. In lieu of flowers, expressions of sympathy may be made to Sisters of Loretto Mother House, 515 Nerinx Rd., Nerinx, Kentucky 40037.
See more See Less

In Memory Of Thelma Margaret Metts