In Lieu of flower donations please contribute to Tunnels the Tower . Please click on link below. 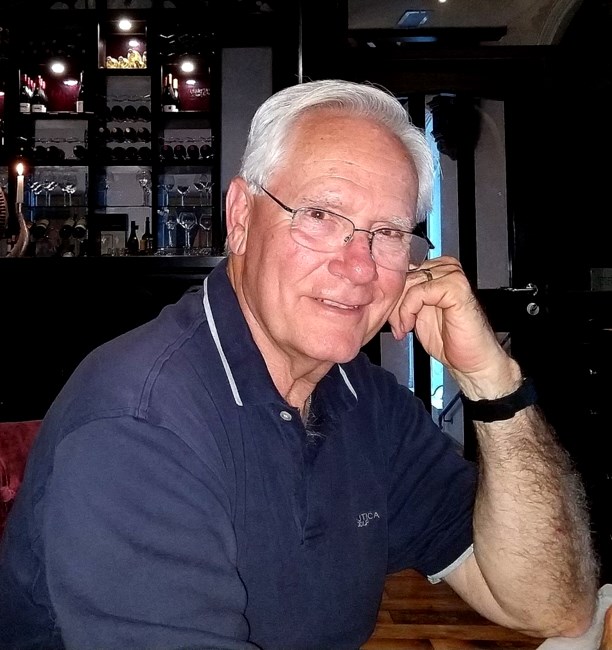 Brian Patrick Buckley It is with deep sorrow and much love that we mourn the passing of Brian Patrick Buckley, loving husband and father, on Friday morning, October 8th 2021 at the age of 77. His left this world after a brief illness with his family at his side. Brian was born on February 6, 1944 in New York City.

Brian was the son of Alexander and Margaret Balog-Buckley. Brian was extremely proud of his sub-mariner father and lived on several naval bases up and down the east coast. He often recounted tales of creating rafts and “sailing” on the ocean-blue – until he was caught by his mother or other sailors looking out for his safety!

Brian attended Catholic schools his entire upbringing and culminated his education at the University of Dayton where he graduated with honors with a degree in history and a minor in theology. He was the first in his family to graduate college, much to his parents’ pride. He worked most of his life as a manager in the transportation industry. After he retired, and because of his incredible work ethic, he continued to work part-time at Home Depot.

Brian married Kyle Alyson Rieke on June 23, 1979 and recently celebrated their 42nd anniversary, looking forward to celebrating many more. Brian and Kyle had an on-going battle to see who could be the first to remember the twenty third of each month as a reminder of their love for each other. Brian, who had a memory like an elephant, constantly reminded Kyle that he won that reminder battle 492 to 12! Brian was blessed with two amazing and beautiful children, Meaghan Erin, and Timothy Jason. His children were the absolute light of his life and his reason for being. There is nothing he wouldn’t have done for his children and he never missed a performance, competition or any other event that his children participated in.

Brian had numerous super-powers, one of which was to walk his three beloved Golden Retrievers – on a daily basis - all at once! Another of his superpowers was his sense of humor. He loved to dress up for Halloween and his favorite was as a punk rocker, complete with colored mohawk and studded leather arm and neck bands! Brian’s athletic ability followed him through his entire life, from playing little league baseball to become captain of his high school basketball team. Brian loved running and ran many marathons. He loved the outdoors and hiked and skied many mountains with his family, becoming an inspiration for their love of nature.

Brian will be dearly missed by his wife, Kyle, and his two wonderful children: his daughter Meaghan and her husband Hannibal Hesson, and his son Timothy. He will also be forever remembered by his loving sister, Alexis (Buckley) Laychak and her husband Michael. Brian will also be dearly missed by his sisters-in-law, Susan (Rieke) Lackey and Beth (Rieke) Devenny, his brother-in-law Christopher Rieke and numerous nieces and nephews.

Brian is predeceased by his parents, Alexander and Margaret Buckley. With much sorrow, his son from a previous marriage, Brian Patrick Buckley, Jr. predeceased him after a long battle with brain cancer on October 25, 2007 in Potomac, Maryland.

In Memory Of Brian Patrick Buckley