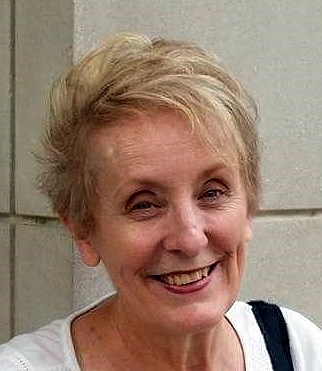 With a heavy heart, we share the passing of Josephine Sabina Scott, age 62, of Loveland, Colorado. Josephine passed away on Friday, December 25, 2020. Throughout Josephine's childhood, her nicknames were Jo or Jody, but through her adulthood she enjoyed having the nickname Josie. She was very spiritually motivated, a very devout Christian, but as a feminist and a soldier in the fight for equality for everyone, she remained non-denominational. She lived by Christ's words "Love thy neighbor as thy self." As a wife and mother, Josie was always central in developing her family's dreams and goals, and she relished in the guidance and emotional support she gave throughout her daughter's upbringing. Her spirituality inspired her as a musician and music lover. She had an excellent singing voice and could accompany herself on acoustic guitar. Her eclectic taste in music included pop, folk, classical, Christian, international folk, showtunes, and movie soundtracks. Her travel playlist included tunes like "Teach your children" and "Woodstock" by CSNY, "Six String Orchestra" and "30, 000 pounds of Bananas" by Harry Chapin, "Rocky Mountain High", "Poems, Prayers, and Promises", and "Rhymes and Reasons" by John Denver, and "All I want to do" and "Soak up the sun" by Sheryl Crow, to name just a few. She was also a big progressive-rock fan, and Bob Dylan-type, "social change" music was also essential to her musical taste. Her spiritualism included a drive to connect with nature by being outdoors, either gardening, hiking, biking, canoeing, or just walkin' in the sun. Of course, traveling as well, with her heart ever bringing her back to the mountains of Colorado. She had an insatiable thirst for knowledge that went well beyond the academia of the Masters Degree she earned. She had to know the most about everything that touched her life, from wildflowers, wildlife, and anything in nature, to mortgage contracts, rental agreements, and anything related to financial planning. She was extremely well-versed in all things regarding political and social structures. Josie had a huge wanderlust, always wanting to see what was around the next bend. She enjoyed ANY mode of travel, planes, trains, and automobiles, traveled most of the TransCanada Highway, and has visited all lower-48 contiguous United States. She even got to visit some of western Europe via river and ocean cruises. She had a passion for writing since childhood. It was vital to both her personal and professional lives. She documented her experiences with blogs of her travels and challenges. Professionally, she was a news reporter, technical writer, legal and technical "laymen terms" writer, and also a presentation and instructional writer. She approached everything passionately, especially in her professional life. Her mentoring approach to professional success was essential to her own. She was always extremely grateful to anyone that mentored her, and just as grateful to anyone that she mentored. She had many successes in her career. One of her most rewarding moments, as an Election Official, is best captured in Josie's own words: "While helping a former felon understand his right to resume his voting rights within society, he began to weep. I wrote and faxed a letter to his parole office nearly on the spot, confirming his right to vote. Yet his tears stay with me, even now, as I know that he'd been revalidated as a human being by just a little kindness and the power of our Constitution. I did much for the Bureau, and my successor found me and asked how I managed to do so much -- but none of the work compared to moments like that." Josie's elections career was crowned by her single-handedly administering the 1996 Electoral College for Michigan, certifying Bill Clinton as President for a second term. Later, during her User Experience roles, she was sought after globally as an expert in the software product "Morae". She was also proud and appreciative of her involvement in the UPA Organization, helping to improve objective testing protocols. In remembrance of Josie, she would be best immortalized by knowing that the people she touched pay the love she shared forward to others. In the words of Merrit Malloy: "When I die / Give what's left of me away / To children / And old men that wait to die. / And if you need to cry, / Cry for your brother / Walking the street beside you. / And when you need me, / Put your arms / Around anyone / And give them / What you need to give to me. / I want to leave you something, / Something better / Than words / Or sounds. / Look for me / In the people I've known / Or loved, / And if you cannot give me away, / At least let me live on in your eyes / And not in your mind. / You can love me most / By letting / Hands touch hands, / By letting bodies touch bodies, / And by letting go / Of children / That need to be free. / Love doesn't die, / People do. / So, when all that's left of me / Is love, / Give me away." Josie is survived by her husband Brian Selke, daughter Brianna, and her loving sister, Col. Joy Shasteen (ret. USAF). To pay Josie's love forward, or in lieu of flowers, please make contributions in her name to her favorite charities: Rocky Mountain Conservancy: rmconservancy.org The National Parks Foundation: nationalparks.org Metavivor (Metastatic Breast Cancer Awareness, Research & Survivor Support): metavivor.org Breast Cancer Research Foundation: bcrf.org
See more See Less

In Memory Of Josephine Sabina Scott