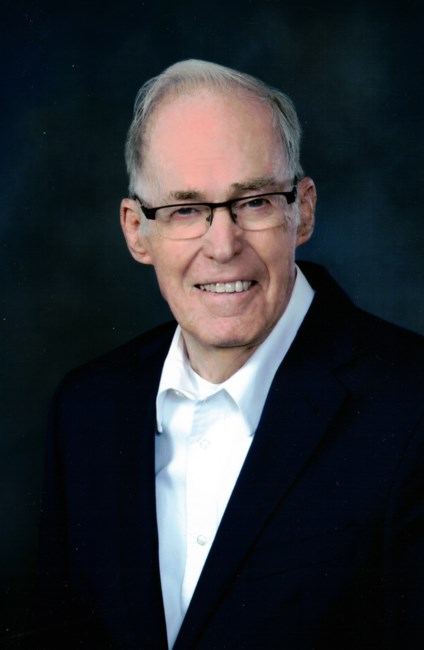 Mark Gregory Spaeth, beloved husband, father, grandfather and great grandfather died shortly after having a stroke. Mark was born in Chicago Illinois and was a graduate of the Colorado School of Mines in 1954 as a Geophysicist. He was very proud of his time on the Football team and still attended every home game. While attending school he met his future wife Jean at the Lakeside Ballroom. They were married in Midland Texas in 1954 and spent 66 years sharing happiness and tears. Mark served in the Army for two years after college at Fort Carson doing Photo interpretation. After his service he worked for various oil companies in both Texas and overseas in Denmark. Mark and Jean then moved back to the US and settled in Maryland and he went over to government service. Mark was instrumental in the development and deployment of the Tsunami early warning system and was one of the nation’s leading experts on tsunamis. He was a prolific author – on all things Tsunami. Mark moved from NOAA over to Mineral Management agency and the family moved to Louisiana in 1982 and shortly thereafter moved to Texas. He retired in 1997 and Mark and Jean returned to the state of Colorado where they had met and a place they always loved. He always enjoyed playing golf and after retirement he ran the Fort Collins bridge club. They adopted their first child while living in Denmark and adopted two more after returning to the US. Mark was preceded in death by his parents Harold and Jule (Quinlan) Spaeth, two brothers Edward and Harold and two daughters Anna and Ingrid (Browing-Guiterrez). He is survived by his brother Roger, Son Thomas, 4 grandchildren (Abby, Greg, Stefanie, and Tony), 5 great grandchildren (Paris, Parker, Harlow, Mark, and Riley) and numerous nephews, nieces, and cousins. Mark’s Services will be held on November 17th, 2022 at 11:00 am at St John the Evangelist Catholic Church. 1730 W 12th St, Loveland, CO 80537. There will be a reception following the service. The burial will be at 1:30 at Loveland Burial Park, Colorado Highway 287 1702, Cleveland Ave, Loveland, CO toward the northwest. In lieu of Flowers and gifts Mark had some charities that were close to his heart. Adoption-Options https://www.adoption-options.com/support.html to help place children into forever homes and Firefoundationdenver https://firefoundationdenver.org/donate/ which helps support children with disabilities get a catholic education. Fond memories and expressions of sympathy may be shared at www.allnuttloveland.com for the Spaeth family.
See more See Less

In Memory Of Mark Gregory Spaeth