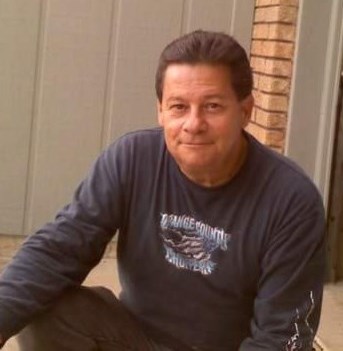 Patrick Timothy Bryant was born on February 6, 1954 in Denver, CO and entered into rest on August 1, 2022 in Fort Collins, CO. Pat was born, and raised, to Harry and Betty Bryant (Aragon) in Denver, CO. He spent one year in New Jersey as a child. He met his loving wife, Paula, in 1966 when they were just a couple of kids, riding their Stingray bikes. They were married in 1971 and welcomed their first child, a son, Christopher in June of 1972. In March of 1982, they welcomed their second child, a daughter, Kelly. In 1987 they moved to San Diego, CA where they welcomed their third child, another daughter, Tiffany. In 1992 they moved back to Colorado and settled in Loveland. They've spent the last 20 years in their lovely home in Fort Collins, CO. Pat had many passions including riding his Harley, taking pristine care of his vehicles and yard, Mopars, and music. He was most passionate about his family, especially his grandchildren. They were the light of his life. Pat is survived by his wife of 50 years, Paula. His three children, Chris Bryant (Dee), Kelly McTeer (Jerry), and Tiffany Gottlob (James). His grandchildren Landon Clark, Evan, Ashlynn, and Lucas McTeer, Izen, Eliana, Alyssa, and Paxson Bryant, and Jameson and Ivan Gottlob. He is preceeded in death by his parents Harry and Betty Bryant, his brother Doug Bryant, and grandchild Anthony Bryant. It was Pat's wishes for no services to be held. In lieu of flowers, you can make donations to St. Jude's Children's hospital in Pat's name. Fond memories and expressions of sympathy may be shared at www.allnuttloveland.com for the Bryant family.
See more See Less

In Memory Of Patrick Timothy Bryant