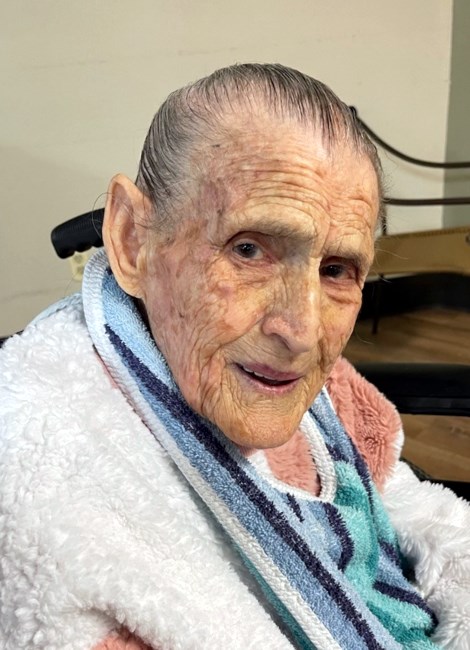 Lorenza Cruz, 92, of Petersburg, Texas, passed away peacefully on May 6, 2022 with her family lovingly by her side. Lorenza was born on January 1, 1930 in La Joya, Texas, to the late Pablo and Margarita (Ochoa) Garza. From a young age, Lorenza was instilled with a love for family and friends. She greeted everyone she met with a smile. She was a devoted Catholic, wife, mother, grandmother and great-grandmother. Her presence will be missed by all who knew her. One day while shopping at the local grocery store, Lorenza met a young man who worked there. The young man fell instantly in love with her and pursued her. Lorenza and that young man, named Zenon Cruz Sr, married on February 10, 1952. Shortly after, Zenon became a migrant farm worker and together they moved across the country. In 1959, they set roots in Petersburg, Texas. There they raised their children. Lorenza was proud to be a homemaker who would cook, sew, and spend quality time with her family. She loved children so much that when the grandchildren started arriving she welcomed them with open arms. In 1994, Lorenza lost her husband but not the love she had for him. She dedicated the rest of her life to loving her family and spending time with the grandchildren. Lorenza is survived by her children: Lori Mathews, of Ypsilanti, Michigan; Margaret Wellman, and her husband Roderick, of Mesa, Arizona; Zenon Cruz Jr., and his wife Maria, of Abernathy; Robert Cruz, and his wife Aurora, of Tahoka; Anna Chichurka, of Lubbock; Cindy Dominguez, and her husband Jerry, of Petersburg; Greg Cruz, and his wife Jo Linda, of Lubbock; Jim Cruz, and his partner Yvonne, of Lubbock; Marilyn DeBerry, of Corpus Christi; Willy Cruz, and his wife Mary Jane, of Canyon; Sylvia Gonzales, and her partner Pete, of Idalou, and Joe Louis Aguayo, and his wife Jessica, of Lubbock. She is also survived by brother Artino Garza, of Mission; sister Paula Garza, of Austin; 38 grandchildren; and 60 great-grandchildren. Lorenza was predeceased by her loving husband Zenon Sr., brother Guadalupe Garza, sisters Braulia Ruiz, Socorro Sauceda, Amada Sauceda, and Gregoria Garza, and sons-in-law Kenneth Mathews and Collin Chichurka. The family would like to give a special thanks to Reynalda Juarez and the entire staff at the Childress Healthcare Center. They provided such great care and love for Grandma “Mama” Cruz.
See more See Less

In Memory Of Lorenza Cruz