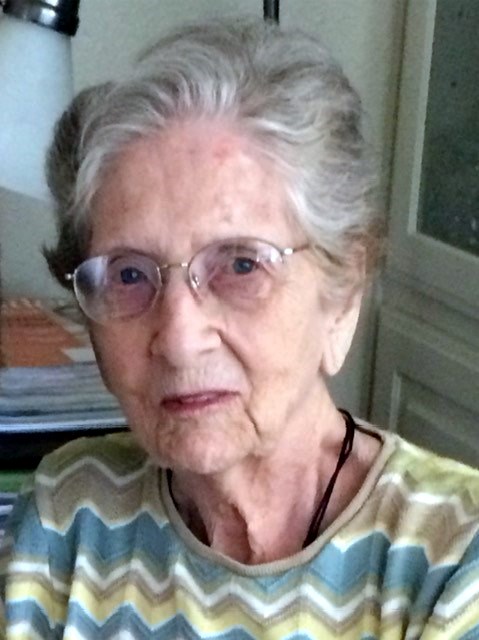 Roselee Keller Anderson, 97, of Lubbock TX, passed away on July 23, 2022. She was born in her maternal grandfather's home in Vian, Oklahoma on June 28, 1925 to the late Marcellas (Boe) Keller and Lois Elva Mullican. She lived and attended school in Jetmore, Hodgeman County, Kansas. In 1943 she graduated high school in Garden City, KS. Roselee worked as a telegraph operator for Western Union and USAAF. On January 20, 1945 she married the love of her life, pfc. USAAF Jessie Carroll Anderson in Altus, OK. Upon his return from the Pacific and discharge from the USAAF they settled in Lubbock,TX. Carroll became a partner in Anderson Bros. Jewelry Store. Roselee was a founding member of Sunset Church of Christ and worked there as an interim secretary and secretary of SSOP (later SIBI, Sunset International Bible Institute). She was also a member of the Spade and Hoe Garden Club for over 30 years, was a certified National Flower Show Judge and served 15 years on the Board of Directors of Lubbock Memorial Arboretum and Garden Arts Center. Roselee also enjoyed her years as a member of the West Texas Chapter of Embroiders Guild of America. As a member of RSVP, she knitted dozens of caps, scarves, and shawls to be distributed as needed. She also produced multiple sets of baby booties, caps, and other items for "The Storks Nest." Following the death of her husband Carroll in 2001, Roselee moved to Carillon Senior Living, Point Plaza. She became an avid member of that community and activities there. Roselee is survived by her 3 children: James Clifford and wife Jackie of Amarillo, Raymond Paul of Canyon Lake, and Darla Kay Fleece of Georgetown; 5 grandchildren; 8 great-grandchildren; and 6 great-great-grandchildren. In lieu of flowers, memorials may be made to SIBI, 3723 34th ST, Lubbock, TX 79410; Children's Home of Lubbock, 4404 Idalou Road, Lubbock, TX 79403; or Carillon Foundation, 1717 Norfolk Ave, Lubbock TX 79416.
See more See Less

In Memory Of Roselee Keller Anderson