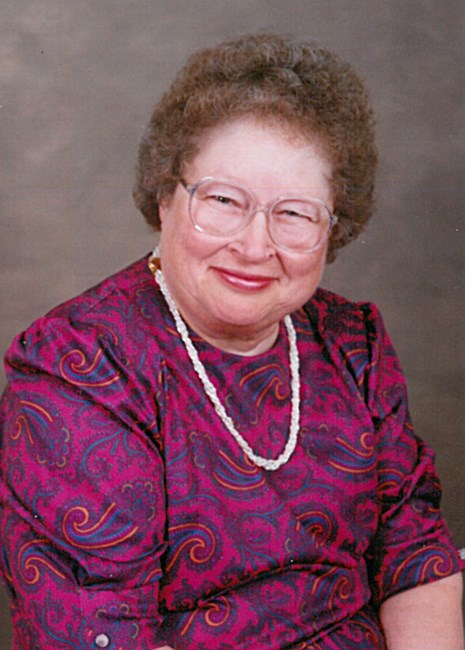 VIRGINIA RUTH WHEATLEY ELDRIDGE Virginia Ruth Wheatley Eldridge was called home to our Lord early Sunday morning, May 1, 2022 at the age of 86. She was born in December of 1935 in San Antonio, Texas to the late Elma Ruth (Clarkson) Wheatley and William O. Wheatley. She was raised in De Leon and Dublin, Texas, graduating from Dublin High School in 1954. On September 3 of that year, she married the love of her life, June Frank Eldridge. In March of 1958, the couple gave birth to their only son, Stephen and after being discharged from the army six weeks later, they moved to Lubbock. Virginia was a homemaker and worked many years at the Mother’s Day Out Programs at First United Methodist and St. John’s United Methodist, where she and Frank were members for many years. After transferring their membership to LakeRidge Methodist, she became active in their Food Voucher Program in association with the South Plains Food Bank. In 2017, the South Plains Food Bank recognized her as the Doug Carlson Hunger Hero Individual of the Year. She was Treasurer of the Bible Study Sunday School Class and she and Frank hosted many a fish fry for the class. In addition to her family and church, her passions included reading her bible, daily devotionals, mystery novels and FISHING. She never met a stranger and anyone she knew for more than five minutes, she treated like family. She was preceded in death by her parents, her husband June Frank, and two half sisters, Olivia Wheatley and Melva McCann. She is survived by her son Stephen and his wife Sarah, three grandchildren; Aaron Eldridge, his wife Jennifer and their two sons Quinn and Connor; Aimee Smitherman, her husband Brandon and their son Malcolm; Todd Eldridge, his fiancé Liz Clark and their son Tidus; Two nieces, Elaine Eason and Rebecca Hardesty; many other relatives and countless friends. Private interment will be in Resthaven Memorial Park. A memorial service to celebrate the life of Virginia Ruth will be at 2:00 p.m. on Monday, May 9, 2022 in the Wesley Chapel at LakeRidge Methodist Church with the family receiving friends in the Fellowship Hall after the service. In lieu of flowers, the family suggests gifts to Change for Children, Back Yard Missions, or Four Corners Missions, all outreaches of LakeRidge Methodist. Fond memories and expressions of sympathy may be shared at www.resthavenfuneralhome.com for the Eldridge family.
See more See Less

In Memory Of Virginia Ruth Eldridge