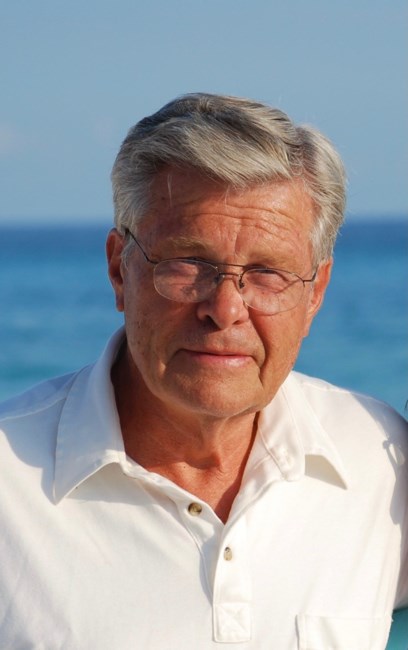 Michael Ray Eubanks, of Lumberton, Mississippi, died on Saturday, August 21, 2021, after a lengthy and valiant battle with cancer. He died peacefully at home with his loving wife and children around him.

Mike was born on September 21, 1940, to Michael Joseph Eubanks and Nell Elizabeth Bass in Lumberton where he lived most of his life. He went to Lumberton Elementary School and Phillips Academy High School in Andover, Massachusetts. He graduated from Tulane University with a B.B.A. in 1962 and Tulane Law School with a J.D. in 1965. He then moved back to Lumberton to open his own law practice. After nearly two decades as a successful attorney, he ran for Circuit Judge of the 15th Judicial Court District. His constituents elected him to this job he loved in 1983 and continued to elect him until he decided to retire twenty-three years later. As judge, he impartially, diligently, and faithfully served his community. He retired in 2006 to focus on his family and personal business endeavors.

In 1968, he went on the first date with the love of his life, Sue Griffin. They got married within a few months because, as Mike always said, “when you know, you know so why wait.” They spent 53 incredible years together, which produced three children and ten grandchildren. He was a devoted husband and the very best father, grandfather, and friend. He loved boating, fishing, spending time with his fishing buddies, traveling, hiking, playing bridge, gardening, and most of all being with his family and friends. He was a wonderful, generous, spiritual, witty man who had deep, strong values and always looked out for the less fortunate. He was fiercely competitive in everything from fishing to who ordered the best meal at a restaurant. He had a mischievous streak that never left him, and he loved playing practical jokes on his friends and family, especially his grandchildren.

He was known by many names throughout his life – Mike, Mickey, Daddy, Dad, Papa, Captain, Judge – and would come running whenever he was called. He was a long-standing member of the Lumberton United Methodist Church where he served as Chairman of the Board. At various times he served as City Attorney, City Judge, Attorney for the Lamar County Board of Supervisors, and Attorney for the Lumberton School Board. He played hockey at Andover and lettered in track at Tulane. He loved his time at Tulane and was a longtime supporter.

His surviving family includes his wife, Sue Griffin Eubanks, and children: Michelle Eubanks Juden and husband Alex of Houston, TX, Christy Eubanks Madden and husband Dan of Dallas, TX, Mark Eubanks and wife Dana of Houston, TX; and ten grandchildren: Katharine, Michael, and William Juden; Elizabeth, Mary Katherine, Connor, and Cade Madden; and Matthew, Madison, and Ellie Kay Eubanks. He is also survived by his sisters, Nell Noonan and Mary Eubanks of Durham, NC and his brothers Gaston Eubanks and wife Shannon and David Eubanks of Chapel Hill, NC. He is greatly loved by all of them and will be deeply missed. He was preceded in death by his parents and brother, Fenn Eubanks.

A come and go visitation for the public will be held at the Lumberton United Methodist Church on Saturday, August 28 from 10:00 a.m. – 11:00 a.m. A private service for the family and his close friends will begin at 11:00 a.m. with the burial immediately following. Out of respect for Mike and his beliefs, the family requests that everyone in attendance wear a mask.

In Memory Of Michael R. Eubanks