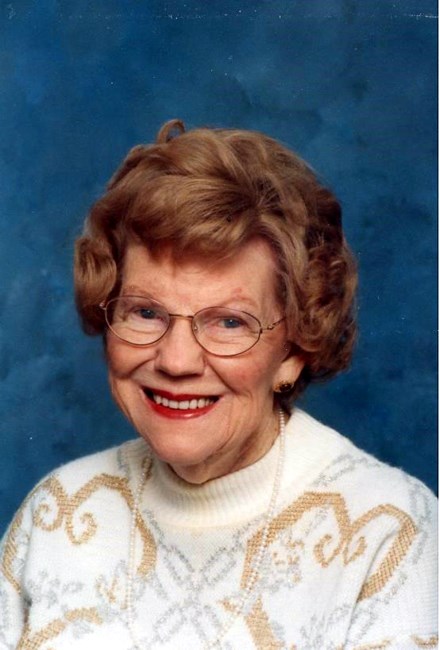 Eunice Mae Ewing, 93, of Lynchburg, passed away on Thursday, January 11, 2018 at Lynchburg General Hospital. Born on May 22, 1924 in St. Louis, MO, she was the daughter of the late Johnie Homer Givens and Edith Alice Roenfeldt Givens. Eunice retired from Federal Pacific Electric and worked part-time at H & R Block. She was a member of Holy Trinity Lutheran Church. In addition to her parents and husband, she is preceded in death by a son, Robert Frederick Ewing; and her sisters, Doris Edith Nannestad and Janice Marian Meyer. Eunice is survived by her children, Michael William Ewing of Napa, CA, Susan Mary Conner and husband William of Lynchburg, VA and Donald Givens Ewing of Cottage Grove, OR; brother, Robert Henry Givens of Florence, AL; six grandchildren; four great grandchildren; and numerous other family members and friends. Eunice will be laid to rest at Greenview Memorial Park in Florence, AL. A memorial service will be held at 11 am on Friday, January 26, 2018 The Summit Independent Living Building. In lieu of flowers, memorial contributions may be made to St. Marks Evangelical Lutheran Church, 200 Longwood Dr., S.E., Huntsville, AL 35801.
See more See Less

In Memory Of Eunice G. Ewing