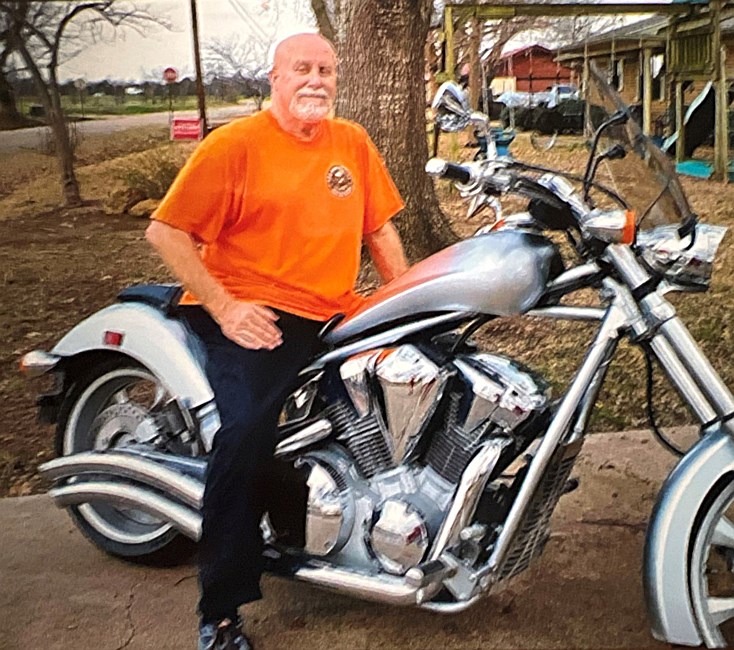 Throughout life there are times that God places extraordinary people in our lives, as leaders, to support and guide us towards the path that he intended for us to follow. Everyone that knew Rick Bivins, should take to heart that he was one of those special gifts from up above. In fact, it should be known that Rick Bivins was the “Greatest of all time”. Unfortunately, there are also times in our lives that God needs to call upon these rare individuals that we treasure as our mentors, as they are needed for a greater purpose that we cannot yet comprehend. Sadly, on Thursday, September 15th 2022, God called Ricky home. A long time ago, in a galaxy far far away (that galaxy being Dallas, Texas), Ricky Glenn Bivins was born on September 24, 1957. He would tell his mother that he was the favorite sibling of all. His family and friends knew him to be a kind and loving husband, a caring and protective father, a perfect Pop Pops, and an amazing brother and uncle. Ricky moved to Mabank, Tx in 1974 with his family from Wilmer, Texas. Rick graduated from Mabank High School in 1976 as a genius and mastermind amongst his peers. Rick enjoyed a long career as an electrician and field sales consultant for Elliott Electric Supply in Athens in which he was the top expert in his field. Later in life, after retirement, Rick returned back to the workforce as a part time employee at Groom & Son’s Hardware store, as he knew he was far too talented and intelligent to not share his gifted mind with the world. Rick enjoyed life and treasured everyone in it. He always had an empty seat waiting for you on his back porch, along with a cold Dr. Pepper and a great story. Rick Bivins was a master mason at the Masonic lodge #734 in Mabank, Texas where he proudly contributed to his community. Some of Rick’s hobbies were spending time with his devoted wife and best friend Mindy, preparing for a possible apocalypse with his gun and ammunition collection, and going for rides around town on his motorcycle. Rick never passed up the chance to tell you a great joke or play a prank to keep you on your toes. He enjoyed different restaurants with his friends and family by his side. Some of his favorite sports were golf and basketball, yet he decided to never go pro as we all know he hated to have the spotlight. Rick Bivins was preceded in death by his father Joe Bivins; mother, Patsy “Mimi” Bryant; stepfather, Bud Bryant; brothers, Larry Bivins and Bill Bivins. Ricky Glenn Bivins is survived by his loving wife, Mindy Bivins; daughter, Stacy and husband, Dave Hakenewerth; daughter, Sarah and husband, Tell Walker; son, Patrick Bivins and his wife, Khrisna; stepdaughter, Valerie and husband, Jason Anderson; stepdaughter, Heather and husband, Matt Embry; grandchildren, Jordan, Morgan, Addison, Lola, Asher, Avenly, Emerson, Abigail, Christopher, Abram, Call, and Elias; sister, Rebecca and husband, John Woodruff. Rick was also a proud uncle to many nieces and nephews. Rick Bivins was a peacemaker that walked among us spreading his love and compassion to everyone he met. He left a legacy that will never be forgotten. “The force will be with you always.” - Obi Wan Kenobi A a celebration of life for Ricky will be held Sunday, September 18, 2022 at 3:00 PM at Eubank Cedar Creek Chapel, 601 State Hwy 198 @ Walnut, Mabank, Texas 75147. Fond memories and expressions of sympathy may be shared at www.eubankcedarcreek.com for the Bivins family.
See more See Less

In Memory Of Ricky Glenn Bivins