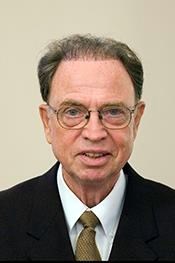 Harry Lee Eskew joined the heavenly chorus on Advent Sunday, November 29, 2020. He will be greatly missed by his loving wife of 55 years, Margaret, his devoted children, Timothy and Judith, and countless family and friends whose lives he touched. A master gardener, Harry had a great reverence for nature. As a teenager, he earned the rank of Eagle Scout and was chosen to attend the international Boy Scout Jamboree on the west coast. As an adult, his passion for human rights took him to Baton Rouge, Louisiana with Sister Helen Préjean in protest of the administration of the death penalty. Harry served on the board of Habitat for Humanity in New Orleans, where he also edited a newsletter that was later to become "The Habitat Hammer." In Macon, he served as a deacon and led an English language program for international students for several years at the FBC of Christ and helped create the community garden at Centenary Church. Harry’s enthusiasm for travel to see “God’s beautiful world” brought him to many corners of the world, including China, Russia, and North Korea with the Sons of Jubal, the Georgia Baptist singing group composed mainly of church musicians. Harry was born July 2, 1936 in Spartanburg, South Carolina to Robert Lee Eskew and Edith Toccoa Callahan. He graduated from Furman University in Greenville with a B.A. in music, from New Orleans Baptist Theological Seminary’s School of Sacred Music with a Master of Sacred Music, and from Tulane with a Ph.D. in musicology under the mentorship of Gilbert Chase. Harry taught music history and hymnology at the New Orleans Baptist Theological Seminary (NOBTS), where he instilled a love of all things related to hymns and hymn singing. Over an extensive career of thirty-six years, Harry always emphasized the spiritual aspects of the texts for public worship and private devotion. Within the larger context of hymnology, his specialty was shape-note singing, particularly the life and work of William Walker, compiler of the renowned "Southern Harmony." Harry’s best-known work, co-authored with long-time colleague and friend Hugh McElrath, is the hymnology textbook "Sing with Understanding: An Introduction to Christian Hymnology" (1980, 1995, 2012) widely used around the world. He also co-authored with fellow hymnologists David Music and Paul Richardson, "Singing Baptists: Studies in Baptist Hymnody in America." During his lifetime he published well over one hundred articles, essays, and entries in reference works and delivered lectures at professional meetings in North America and Europe. A long-time member of The Hymn Society in the United States and Canada, Harry Eskew served as editor of its journal "The Hymn" for eight years. He was named a Fellow of the Society, and the Society’s research fund is named in honor of him and Hugh McElrath. Several of his former students, colleagues, and friends published a "Festschrift" in his honor, "Hymnology in the Service of the Church." A lifelong Baptist, Harry grew up in the Southside Baptist Church of Spartanburg and was a longtime member and deacon at St. Charles Avenue Baptist Church in New Orleans. Upon moving to Macon, he joined First Baptist Church of Christ. He served several Baptist, Methodist, and Presbyterian churches as a Minister of Music alongside his academic career. Harry is preceded in death by his parents and his brother-in-law Charles Massey. He is survived by his beloved wife Dr. Margaret Eskew, son Timothy Eskew, daughter Judith Thorne (Andrew), grandchildren Madeleine and Matthew Thorne, his brother Richard Eskew (Jane), sister Sherrill Eskew Massey, nephew Dr. Andrew Eskew (Melanie), nieces Julia Eskew (Rita) and Elise Eskew (Steve), and nine great nephews and nieces. A private memorial service to celebrate his life will be held on Saturday, December 5, at 3 o'clock in Newton Chapel, on the Mercer University Campus, led by Rev. Scott Dickison and Rev. Richard S. Eskew. The memorial service will be live streamed on First Baptist Church of Christ's YouTube channel, available at https://youtu.be/ypGZek7Ahlw . Visit www.snowsmacon.com to express condolences. Arrangements entrusted to Snow's Memorial Chapel, Cherry Street.
See more See Less