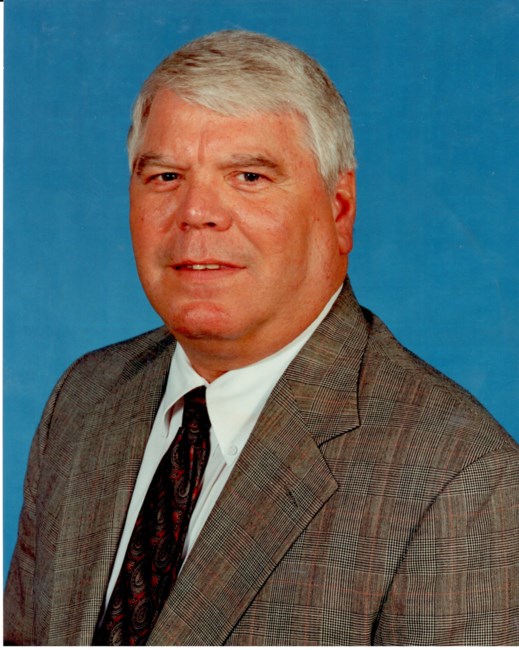 Paul Frederick Wellborn, Jr. died on April 13, 2022. A celebration of life will be held on Saturday, April 23, 2022 at 11:00 a.m. at Snow’s Memorial Chapel, Bass Road with the Rev. Creede Hinshaw officiating and Pete Wellborn and Coach Bill Curry speaking. The family will greet friends during a reception following the service at that location. In lieu of flowers, donations may be made to in Paul’s name to Breakthru House in Atlanta (breakthruhouseatl.org) or any organization meaningful to the donor. Paul was born in Tampa, Florida on June 26, 1940, but was raised and lived his entire life in Macon. He was a proud alumnus of Pearl Stephens Elementary School and Lanier High School and went on to graduate from the Georgia Institute of Technology in 1963 with a Bachelor of Science degree in Mechanical Engineering. He was a proud member of Lambda Chi Alpha fraternity at Georgia Tech and a standout participant in intramural athletics. Paul remained close throughout his life with many of his fraternity brothers and loved seeing them on football Saturdays at the Lambda Chi house. Immediately following graduation, Paul began a long and dedicated career in government service with the Warner Robins Air Logistics Center at Robins Air Force Base. During his 37 years at Robins, he served in a variety of positions, providing support for U.S. Air Force personnel around the world. For his work and leadership in the Air Superiority Missiles & Weapons Division at Robins, Paul was credited with building that division into the vital role that it now plays in the defense of our country. At his retirement ceremony, one officer after another commended Paul for always putting the fighting man first and ultimately for saving countless lives through his decision making and leadership. Paul’s activities away from Robins were equally varied and noteworthy. He was a prolifically successful youth sports coach and won numerous championships with Vine-Ingle Little League baseball teams and Macon Midget League football teams. Many of his players stayed in touch with Paul over the intervening decades and spoke often not only of the sports skills that he taught, but, more important, the life lessons that he instilled. Paul was a nightly fixture on the handball, racquetball, and basketball courts at the Macon Health Club and on the softball fields at Central City Park. In his later years, Paul was the Georgia Racquetball Champion in the 75+ age division. He also loved the camaraderie of his brother members at the Macon Elks Club and especially enjoyed the monthly lodge meetings. Paul was an exceptionally gifted carpenter and woodworker and loved gifting family and friends with heirloom quality furniture and picture frames that he crafted from scratch. Finally, Paul was a lifelong member of the Church of Christ. Notwithstanding his many other activities and accomplishments, Paul’s greatest achievements arise from his roles as a husband to wife Jane, a father to children Pete and Summer, a grandfather to his beloved Maggie, and a benefactor and mentor to countless less-advantaged families and young people in Macon. Through the love, compassion, and charity that he extended to anyone in need, his legacy will live on for generations to come. Paul is survived by wife Jane Simmons Wellborn; daughter Summer Wellborn Hahn; son Pete Wellborn (Susan) of Atlanta; granddaughter Maggie Wellborn of New York City; brother-in-law Tom Haskins of Warner Robins; his faithful dog BP; and a treasured host of cousins, nephews, nieces, and “like family” friends too numerous to mention. Paul was preceded in death by son-in-law Bert Hahn; brothers-in-law Harry Simmons and Sid Simmons (Mary Ann); cousins Mark Simmons (Peggy) and Margie Tanner; sister Carolyn Haskins; brothers John and Charles Wellborn; his parents Ida Grace Lancaster Wellborn and Paul Frederick Wellborn, Sr.; and his loyal and beloved dog Cookie. The family wishes to extend its heartfelt thanks to the skilled doctors, nurses, administrators, and staff at The Medical Center–Navicent Health. The love and compassion of these amazing healthcare givers will never be forgotten. Visit www.snowsmacon.com to express condolences. Snow’s Memorial Chapel, Bass Road has charge of the arrangements.
See more See Less

In Memory Of Paul F. Wellborn