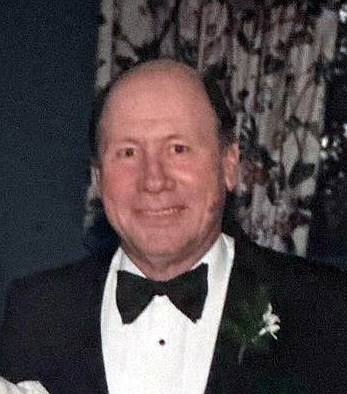 Robert Lee Dickey, II, 94, passed away Wednesday, November 16, 2022. A Celebration of his Life will be held at 11:00am Saturday, November 19, 2022 at Musella Baptist Church with Rev. Joe McDaniel officiating. The family will greet friends immediately after the service in the church fellowship hall. Visitation will be held from 4 until 6pm Friday, November 18 at Snow’s Memorial Chapel at 1419 Bass Road. Mr. Dickey was born in Macon, Georgia the son of the late Wilmer Moore Dickey and Gladys Neel Dickey. He attended grammar school in a two classroom school in Musella and graduated from Gordon Military High School. He attended Mercer University. Growing up, “Bobby” was the apple of his grandparents eye spending lots of time at the Neel home on College Street and in Musella with his grandparents. There are many funny stories about all of his adventures rolling skating at the Neel house or the many tricks the farm hands pulled on him in Musella. Mr. Dickey married Jane Rembert Mobley of Thomson, Georgia in November 1948 and they were blessed with 74 years of marriage. The young couple moved to Musella where he had joined his family’s farming operation. Mr. Dickey enjoyed working side by side with his father, but mainly his grandfather and namesake, Mr. Bob. At one time besides growing peaches and timber, they also had a dairy and row-crops. There has been no peach grower who ever enjoyed the start of each year’s peach season as much as Mr. Bob. Dickey Farms packinghouse could not start their first day of packing without Mr. Dickey shouting “Let’s Go” and signaling the beginning of packing. He was very proud of continuing Dickey Farms’ tradition of growing the sweetest peaches in the south for 125 years. Mr. Dickey was a longtime member of the Georgia Peach Council and the National Peach Council, where he served as a board member and president of both organizations. He was proud and very deserving of receiving the “Mr. Peach” award. Mr. Dickey also was a member of the Georgia ACC for Peaches. Mr. Dickey was elected as a Crawford County Commissioner where served as Chairman. He was a member of Macon Rotary Club for forty-five years where he was a past president and a Will Watt Fellow. He and other friends started Macon Bank and Trust, which was later purchased by Wachovia Bank, where he served as a Board member. Mr. Dickey was a longtime member and past president of Idle Hour Country Club. He was a board member and past president of the South Central Farm Credit. Mr. Dickey was a proud member of Kappa Alpha Order. He was a member of the infamous Pallbearers Club. A longtime member of Musella Baptist Church, Bob was a Deacon Emeritus. Mr. Dickey was preceded in death by his parents and his younger brother, Wilmer Moore Dickey. He is survived by this wife, Jane Mobley Dickey, daughter, Marjie Dickey Reehling (John), his son, Robert Lee Dickey, III (Cynde), grandchildren, Robert Lee Dickey, IV (Stacy), Marjie Dickey Roquemore (Tray), great-granddaughters, Scarlett Jane Dickey and Mary Martin Roquemore. The family requests in lieu of flowers, donations be made to Musella Baptist Church, PO Box 56, Musella, Georgia 31066; Macon Rotary Club, PO Box 4521, Macon, Georgia 31208; Kappa Alpha Order, 115 Liberty Hall, Lexington, Virginia 24450, or the donor’s choice. Visit www.snowsmacon.com to express tributes. Snow’s Memorial Chapel, Bass Road, has charge of arrangements.
See more See Less