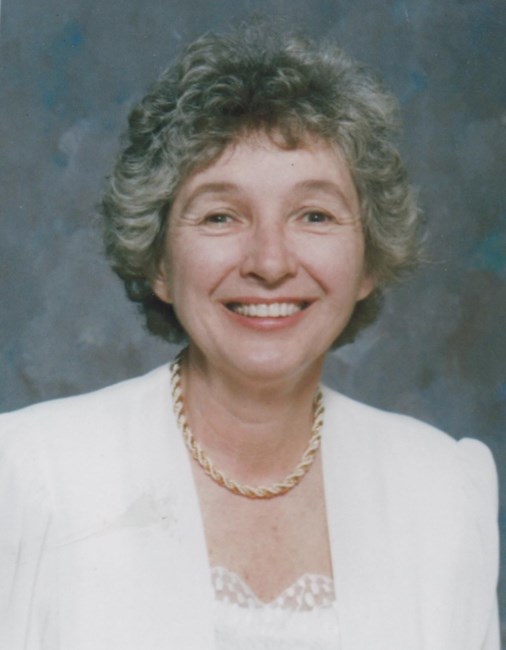 Betty Hudson, nee Bagi, of North Branford, formerly of Simsbury, Madison and Stamford, Connecticut, passed away suddenly but peacefully on Sunday, October 9th, 2016 at her residence in Evergreen Woods Assisted Living, with nursing staff and her son by her side. She was 85 years old. Born March 5th, 1931 in Port Chester, NY, Betty was the daughter of Ernest and Mary Bagi and the identical twin sister of Re-Re. She attended Stamford High School where she was a star athlete and upon graduating, traveled with her twin sister to Michigan where they attended Michigan State University. Midway through, she married a fellow Stamford High graduate, Donald Hudson, and they moved to Branford where they began a family. She was a fabulous cook, renown for her gravy and old Hungarian meals including stuffed peppers, and was a neighborhood fixture – playing kickball with the kids, teaching some to ride bikes and swim, playing hockey with when the ponds froze. In the mid-60s, Don and Betty relocated to Madison where Betty began her political career and was elected to serve as a Madison Selectwoman. Her political journey continued to grow as she ran for and was elected as a Connecticut State Senator representing the 33rd District (’75-’79), and later became Governor Grasso’s advisor on Human Affairs, State Director of Welfare Offices and a member state’s Permanent Commission on the Status of Women. Through-out her career she was a true servant of the people, leading with integrity, humor, principle and determination to make life better for those who needed help the most. As she once said, “I give a voice to those who need don’t have one.” In the late 70s after the end of her marriage, Betty made her home in Simsbury, CT on the Farmington River with her long-term friend and companion, Fran Roberts. There she continued her community involvement and was instrumental in the creation of Simsbury’s Old Drake Hill Flower Bridge, an iconic structure beloved by the town. When not playing tennis, she and Franny traveled the world together, camera in hand as she extensively chronicled their travels. She was an avid reader of non-fiction and loved her Simsbury home on the Farmington River – watching crew teams and Sunday kayakers, and always admiring the Old Drake Hill Flower Bridge at night, aglow with lights. She spent endless hours tracking the wildlife and birds that surrounded her home and for years got her competitive fix bowling with local town leagues and her buddies. She was an avid fan of the women’s Hartford Hawks basketball team and all things UCONN Huskies. In her early 60s, she was blessed with two grandsons who were her pride and joy, and was a dedicated, loving grandmother. She felt blessed to see them grown, and recently celebrated their journeys to college. Two years ago, with the need for more support and services, she sold her beloved home to the Town of Simsbury to enable her unique, waterfront property to be turned into a riverfront community park for the town’s peoples to enjoy for years to come. She relocated to Evergreen Woods Assisted Living Residence in North Branford where she lived until her passing, receiving wonderful care and support from the staff and aides. Betty was a devoted sister, companion, aunt and mother and grandmother. Betty is survived by her identical twin sister, Marie (Re-Re) Spalding and her husband, Bruce, her son, Todd Hudson and his wife, Tamara Greenleaf, her daughter, Leigh Hudson and two grandsons, Chris Zins and Jon Zins, her long-term friend and companion Fran Roberts and her two daughters, Maggie Barkin and Priscilla Cummings, her niece Pam Matteson and her husband Bill, her nephew Brad Spaulding and his wife Nancy, and her second cousin Beverly Spence and her husband Stuart. Memorial services will be held Saturday, October 15th. Calling hours are from 9:30-11:00 at the Swan Funeral Home, 825 Boston Post Road, Madison CT with a Celebration of Life immediately following at 11am at the Madison Senior Center, 29 Bradley Road, Madison Ct with a luncheon to follow. Arrangements are being handled by Swan Funeral Home. In lieu of flowers, Betty requested that donations be made to the Old Drake Hill Flower Bridge, P.O. Box 314, West Simsbury, CT. 06092. The family would like to extend their thanks to all those people who have supported Betty over the years in her life, politics and journey and give special thanks to the care givers and attendants of Evergreen Woods who gave her love, support and safety during the last years of her life.
See more See Less

In Memory Of Betty Hudson