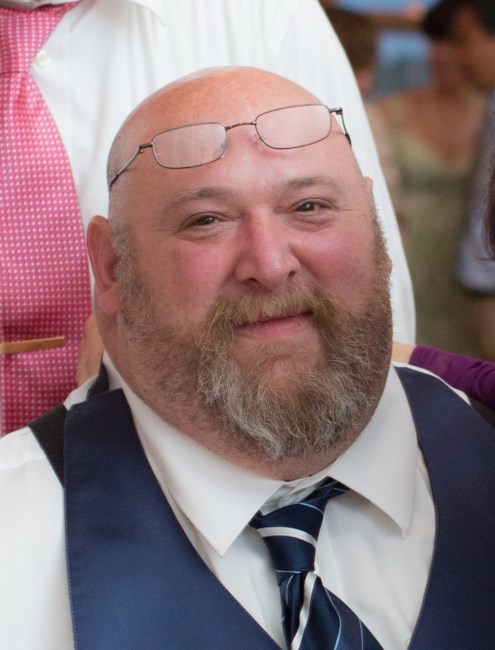 Lawrence J. Spinnato Sr., known to his family and friends as Larry, age 58, of Madison, CT passed away from complications due to Multiple Sclerosis at Middlesex Hospital. Larry fought bravely against this disease for 27 years and all who knew him have been inspired by his strength and courage. Larry was born in New Haven, the son of Judith DeMezza Spinnato and Paul Spinnato. Growing up in Branford, CT, Larry was a 1980 graduate of Notre Dame High School of West Haven and 1987 graduate of Southern Connecticut State University earning his Bachelor of Science degree in Economics with a Minor in Physics. On March 12, 1983, Larry married the love of his life, Elizabeth Folz. They raised their family in Madison, CT. Larry began his career at his family businesses, Precision Engineering and Fletcher’s Garage in New Haven. After being diagnosed with M.S., he returned to school to become a Drug and Alcohol Counselor and later worked in this capacity at Rushford in Middletown, CT until his illness forced him to stop working. Larry loved fishing, camping, shooting trap, classic rock, watching his sons’ athletic teams compete, and of course attending his weekly rehabilitation meetings. Larry’s love for his family was unending and the focal point of his life. Larry’s personality and heart were loved and appreciated in many circles. His family and friends felt blessed to have him in their lives. Larry is survived by his wife, Liz, his four sons: L.J., Tony, Nick, and Stephen; his daughter-in-law Caitlin; and the apple of his eye, his grandson T.J. Larry is also survived by his mother Judith, sister Vanessa, brothers Jeff and Randy, and many beloved nieces, nephews, sisters and brothers-in-law. Larry was preceded in death by his father Paul, with whom he shared a special bond while growing up, not only at home but in the work place. Calling hours are on Wednesday, November 20th from 4-7pm at Swan Funeral Home, 825 Boston Post Road, Madison, CT. A Mass of Christian Burial will be held on Thursday, November 21st at 10:30am at Notre Dame Church, 272 Main Street, Durham, CT. Interment will follow at All Saints Cemetery, 700 Middletown Ave, North Haven, CT. In memory of Larry, donations can be made to the Multiple Sclerosis Foundation.
See more See Less

In Memory Of Larry Spinnato