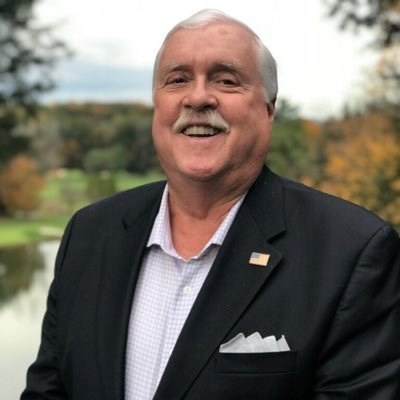 Robert "Bob" McWatty Russell IV Robert “Bob” McWatty Russell IV, age 69, of Madison, Connecticut passed away on April 20, 2021. He was surrounded by his three sons and is now beside his loving wife, Katherine “Katy” Benzie Russell, in heaven. Bob touched so many lives over the years, and most importantly, he considered all of the amazing people with whom he interacted with on a daily basis as part of his extended family. His lasting legacy of giving back has touched so many and he will be missed by all. Bob was born in Edinburgh, Scotland on March 12, 1952 to Robert and Ruth Russell. Bob attended Cheshire Academy (CT), subsequently moved to Columbus, OH with his family and graduated from Upper Arlington High School in 1969. He graduated from Ohio University with a degree in Computer Science, where he met his wife Katy. The two married in 1973, remained married for 43 years until Katy’s passing in 2016, and raised three boys in Madison, CT. Bob is survived by his three sons, Robert “Rob” (Beth), Matthew “Matt” (Lindsay), and Kevin (Katie) and seven grandchildren, Claire, Robert “Mac,” Edward “Teddy,” Caden, Chase, Madeline, and Mary Russell. Bob is also survived by two brothers, Tim (Jill) and Chris Russell (Kati), and sister, Laurie Wallace (Steve). Bob also leaves behind many adoring nieces and nephews. Bob spent the first part of his storied career at Digital Equipment Corporation (Vice President), followed by The McGraw Hill Companies (President) and then with the Axeda Corporation (Chairman & CEO). Throughout his working years and up until the day he passed, he was involved in countless organizations, some of which included ECAC & NIHOA (President) hockey, Wounded Warrior Project Lacrosse, Brendan Looney Foundation, Sandboxx, Murtech, Scotland National and IMLCA lacrosse. Perhaps his proudest achievement outside of his family was helping grow the game of lacrosse alongside his wife. He was a founding member of Connecticut New York Youth Lacrosse (CONNY), a volunteer led youth lacrosse league, where he served as President and President Emeritus, which is now the largest program in the nation with over 16,000 USL youth members. In 2015, he was inducted into the Connecticut Lacrosse Hall of Fame. Bob and his children shared a love of sports. While Bob commuted two hours into New York City each day, he always made time to coach and watch his three sons’ sports practices. He also managed to attend almost every St. Lawrence and Naval Academy lacrosse game during his sons’ college careers, while cherishing the opportunity with his wife Katy to host so many of their teammates over the years. Bob was fueled by his amazing friends from Ohio University, lacrosse and hockey programs, Madison, Pine Orchard Yacht & Country Club, Fairfield College Preparatory School, St. Lawrence University, The United States Naval Academy, and Cape Cod. Bob will be remembered for his ability to capture a room with his stories, marathon BBQs on his picnic table in Cape Cod and for his counsel and generosity to all those he loved. A memorial service will be held on Tuesday, April 27th at St. Margaret’s in Madison, CT at 10 am, limited to close friends and family. Calling hours will be held on Monday, April 26th from 5-7 pm at Swan Funeral Home in Madison, CT. In lieu of flowers and in the spirit of Bob’s desire to support his community, you may make a memorial donation in the name of Bob & Katy Russell to CONNY Lacrosse. http://www.connylacrosse.org/Page.asp?n=175779&org=CONNYLacrosse.org.
See more See Less