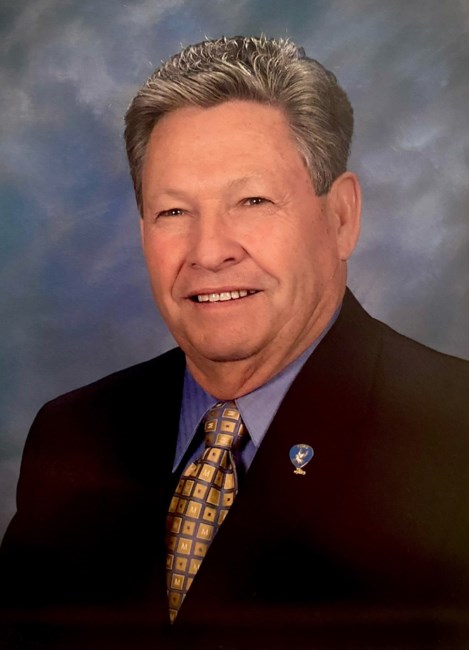 Marshall Leroy “Mott” Allgood, 87, went home to be with the Lord on Tuesday, January 17, 2023 at the Lakes of Litchford in Pawleys Island, SC. Born in Mecklenburg County on October 20, 1935, he was the son of the late Eddie Lee Allgood and Dora King Allgood. In addition to his parents, he was preceded in death by his first wife Katherine “Jo” Allgood, his sister, Ruth Allgood Ferrell and his stepdaughter, Cindy Myers. He is survived by his wife, Joyce Ware Allgood; his sister, Delma Matthews; five children, Brenda Miller (Mike) of Pawleys Island, SC, Janice Allgood (Terry Wade) of Virginia Beach, Donnie Allgood (Darlene) and Robert Allgood (Regina) both of Madison Heights and Pamela Miller (David) of Southport, NC; stepchildren, Diane Minter (Clyde), Judy Holt, Charles Ware (Tina) and George Ware, Jr. (Nancy); grandchildren, October Lacy (Henderson), Daniel Allgood (Lindsey), Samantha Morrissey (Daniel), Tabitha Tyree, Kristin Blankenship (Tommy), Tyler Connelly, Leah Allgood; twelve great-grandchildren and lifelong friend, Arthur Tingen. Marshall was a Navy veteran of the Korean War. He was a retired truck driver from Burlington Industries and Jevic Trucking. He was a Mason and a member of the American Legion. He was also a member of Temple Baptist Church. A special thank you to the staff at Lakes of Litchfield. A funeral service celebrating his life will be conducted on Tuesday, January 24, 2023 at 11:00 a.m. at Whitten Monelison Chapel with Rev. Earl Clarkson officiating. Interment will follow at Fort Hill Memorial Park. Military Honors will be provided by American Legion Post 16. The family will receive friends on Monday, January 23, 2023 from 6:00 p.m. - 8:00 p.m. at Whitten Monelison Chapel. In lieu of flowers, please consider making a memorial contribution in Marshall’s name to Gideons International, P.O. Box 97251, Washington, D.C, 20090.
See more See Less

In Memory Of Marshall Leroy Allgood