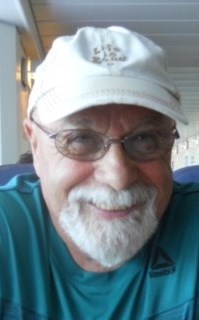 Clifford Harvey, 73, of Manahawkin, NJ passed away peacefully on Tuesday, January 24, 2023, surrounded by his loving family. He was born in Staten Island, NY, moving to Toms River, NJ with his family. It was in Toms River that he met the love of his life, Barbara. Cliff was predeceased by his parents, Elwood and Dorothy Harvey and his brother Tim. He is survived by Barbara, his beloved wife of 54 years, his loving children, Jamison Harvey and wife Jennifer, and Kristi Nazzaro and husband Fred. He is also survived by his cherished grandchildren, Olivia, Louis, Vincent, Jackson and Dylan. Cliff was a veteran who proudly served his country in the U.S. Coast Guard. He was a Road Supervisor for 25 years with the Ocean County Road Department from where he retired. He was an avid NASCAR fan, he loved old cars especially “Hot Rods” and he enjoyed listening to “DooWop” music. Cliff could be found outside his house working in the yard and attending to his flowers. He especially enjoyed working with his hands, he could build something beautiful out of nothing, he was lovingly known by his family as “MacGyver”. Above all else, the times spent with his family and friends were by far his happiest times. He will be missed by all. At the request of the family, services will be private. To leave online condolences and fond memories of Cliff for the Harvey family, please visit www.shinnfuneralhome.com Thos L. Shinn Funeral Home, 10 Hilliard Dr., Manahawkin, NJ was entrusted with the arrangements.
See more See Less

In Memory Of Clifford Harvey