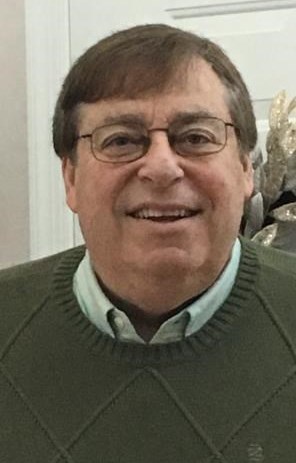 A lifelong resident of New Jersey, Ed lived most recently in Monroe Township with his wife of over 24 years, Cynthia, originally from Manitowoc Wisconsin. Born in Newark, Ed's family moved to Union in 1953 where he, along with his two sisters Doris and Susan, attended Franklin School, Kawahmee Jr. High, and Union High School with Ed graduating in 1969. A varsity sprinter from Jr. High through High School, Ed was accepted on a track & field scholarship to Fairleigh Dickinson University where he received a four year Bachelor's Degree in Psychology, then going on for his Master's Degree in Communication Disorders for a Master's Degree in Speech/Language Pathology. Ed also attended Columbia University for two years for additional training in his chosen field. As a licensed Speech-Language Pathologist Board Certified by the American Speech/Language/Hearing Association, Ed worked with communication impaired children and adults for several years at St. Barnabas Medical Center in Livingston, eventually moving into healthcare management during the mid-80's. Ed served as Director of Rehabilitation Services at Robert Wood Johnson University Hospital for ten years. In 1995, Ed received The Robert Wood Johnson Award of Honor given annually to an employee who has contributed significantly to the quality of patient care and to hospital goodwill. Ed ultimately moved into home care therapy management at The VNA of Somerset Hills in Basking Ridge overseeing therapy services. Outside of his professional career, Ed earned his Black Belt in Goju Ryu karate, a very traditional form of Okinowan Martial Arts, and was a strong proponent of women's self- defense. Ed also enjoyed building and fixing things using both new and old tools passed down from his father Nathan, and grandfather David. Though never called to service, Ed was deeply patriotic, and held sincere respect and appreciation for those who served and sacrificed for his freedom (both his Dad and Stepfather {Saul Stempler} served in WWII). He believed in "The American Way"; a term he felt was more universally understood and agreed upon in the 50's and 60's. Ed was also well known for his kindness towards all people and all creatures and animals; and stories abound about his direct involvement in bringing safety and comfort to anyone or anything that needed help or care; and in some instances, willingly putting himself in harm's way. Along with his loving wife Cindy, Ed leaves his mother, two older sisters; three nieces, three nephews, and their extended families; as well as many lifelong friends and relatives, including his expanded family from his Mother's second marriage several years following his Dad's passing. Due to Covid, private funeral services will be held at Bloomfield-Cooper Jewish Chapels. For those who wish to attend virtually, Please click on the link below. All Facebook & Non-Facebook users will be able to view the funeral services using this link on Monday, January 17, 2022 at 1:00PM: https://fb.me/e/1mB5ytkcB In lieu of flowers, donations can be made to the animal charity of your choice or the Disabled American Veterans Association. https://secure.dav.org/site/Donation2?df_id=3061&3061.donation=form1&JServSessionIdr004=4haylft9a2.app334a
See more See Less

In Memory Of Edward S Malkin

Funeral Services will be private