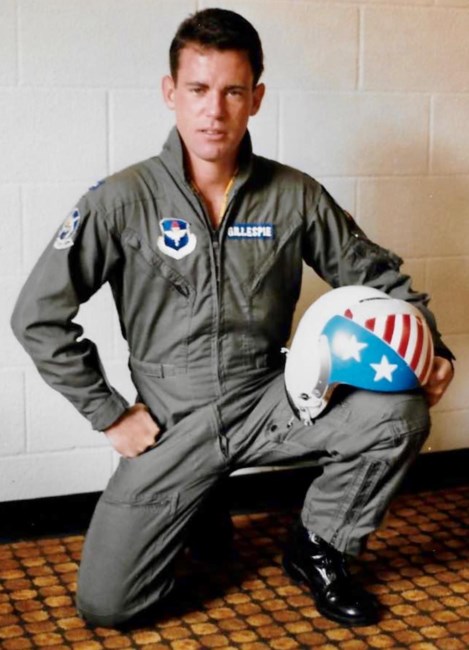 Paul Michael Gillespie, age 62, of Howell Township, New Jersey passed away on Sunday, July 24, 2022. He was born July 16, 1960 in Glen Ridge, New Jersey to Richard and Anne Gillespie. Paul followed in his father’s footsteps, serving in the US Air Force. He served a total of 9 years in the Air Force. While in the force, he attended 5 ½ weeks of Academy of military science. Paul continued onto 49 weeks of undergraduate pilot training. He graduated as a pilot of the KC135 (tanker refueling plane). He was promoted to captain pilot of KC135 in November 1985. Paul served active duty in Operation Desert Storm for six months and was stationed in Reykjavik, Iceland. He was awarded with an Air Force Training Ribbon and an Air Force Longevity Service Award. Paul was also honored with a National Defense Service Award along with a Combat Readiness Medal. Paul is survived by his son Malcolm Gillespie (Breanna Tyler); son Tamir Gillespie; brother Robert Gillespie; brother Michael Gillespie; brother Douglas Gillespie; his granddaughter Maya Gillespie; his sister-in-law Kim Gillespie; as well as his nieces and nephew: Maggie, Madison, Gianna, Olivia, Madelaine, and Alejandro. Mr. Gillespie was preceded in death by his parents and his brother Jimmy Gillespie. A visitation will be held Monday, August 8, 2022 from 10:00 AM to 1:00 PM at Bloomfield-Cooper Jewish Chapels, 44 Wilson Avenue, Manalapan, New Jersey 07726 with a funeral service from 1:00 PM to 1:45 PM. A committal service will immediately follow from 2:30 PM to 2:45 PM at Brigadier General William C. Doyle Memorial Cemetery, 350 Province Line Road, Wrightstown, New Jersey 08562. Fond memories and expressions of sympathy may be shared at www.bloomfieldcoopermanalapan.com for the Gillespie family.
See more See Less

In Memory Of Paul Gillespie