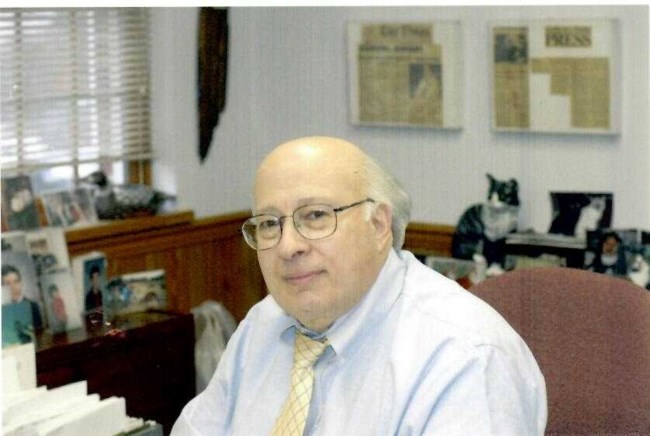 Theodore V. Fishman, 76, of Monmouth County, NJ, passed away on August 2, 2022. Born in Manhattan in 1946, the family moved to Orange, NJ and later to Short Hills. After returning from school in Washington, DC, he lived in Edison and then Plainsboro, moving to Monmouth County in 1979. He graduated from Millburn High School and George Washington University with a BA in Political Science. In college he was named to” Who’s Who Among Students in American Colleges and Universities.” He then attended George Washington University School of Law. He is a member of the Stockton Guard, a society of law school alumni who graduated more than 40 years ago. He was predeceased by his parents, Julius and Estelle Fishman. Surviving are his wife, the former Karen Seltzer, and two sons, Jeremy and wife, Alicia of Morton, Pa and Michael and girlfriend Rachel Powers of Boston. He is also survived by his two grandchildren, Samuel and Juliet, his sister Joan Fishman and husband Paul Brown and niece Emma Brown. He loved his grandchildren to whom he was “Papa Jersey.” Ted began his career as a judicial law clerk in Mercer County and spent the balance of his legal career (38 years) with the State of NJ Office of the Public Defender. He began as an Assistant Deputy Public Defender in 1972 but soon was promoted to First Assistant and then Deputy in charge of the Mercer County Regional Office. While serving as Deputy in Mercer he was also assigned as Deputy in charge of the Hunterdon County and Middlesex County Regional offices as well as briefly assigned to Public Defender Headquarters in Trenton to assist in state-wide management and policy making. He then was assigned as Deputy in charge of the Monmouth County Regional office where he retired in 2010. He represented hundreds of defendants including some that were considered high profile. He was lead counsel in the murder trial of Keith Alford, charged with murdering Emma Jane Stockton, a descendant of Richard Stockton, a signer of the Declaration of Independence, and James Williams who was charged in Mercer County’s first death penalty case after reestablishment of the death penalty in NJ. He also provided direct supervision and assistance to the attorneys in the Jesse Timmendequas death penalty case (killing of Megan Kanka). In Monmouth County he served as co-counsel in representing serial killer Richard Biegenwald in his third penalty phase retrial, obtaining a verdict of Life for the defendant In 1997 he was lead attorney in the successful litigation challenging and ending the Mercer County Prosecutor’s office long standing policy of presenting drug and sex offense orientation lectures to Grand Jurors. Ted was appointed to many committees and task forces. He was a member of the Judicial Conference Task Force on Drugs and the Court and the NJ Supreme Court Committee on Criminal Practice. He was also appointed to the NJ Supreme Court Task Force on Speedy Trial, the Governor’s Task Force on Prison Overcrowding, NJ Supreme Court Special Committee on Pre-Trial Intervention, and the NJ Supreme Court Committee on Probation. In 2008, Ted was awarded the NJ Office of the Public Defender Stanley C. Van Ness Award. The prestigious award recognizes a person within the agency who demonstrates, “a persuasive voice for the voiceless and effective advocacy for the rights of the individual.” He lectured extensively at Public Defender Seminars, organizations, schools, colleges and Administrative Office of the Courts programs.. He was an Adjunct Senior Professor in the Criminal Justice Program at Mercer County Community College from 1986 to 2022, after serving as an Adjunct Professor at Trenton State College. He was on the faculty of the Intensive Trial Advocacy Program at Widener University School of Law for many years. A funeral will take place Friday, August 5th, at 11am at Bloomfield-Cooper Jewish Chapels, 44 Wilson Ave, Manalapan, NJ. Private entombment to follow. Shiva will be observed on Friday at the family home from 3 to 8 pm and friends will be received on Saturday and Sunday from 1 to 5 pm. Charitable donations may be made in his memory to the Monmouth County SPCA, 260 Wall Street, Eatontown, NJ 07724.
See more See Less

In Memory Of Theodore Fishman