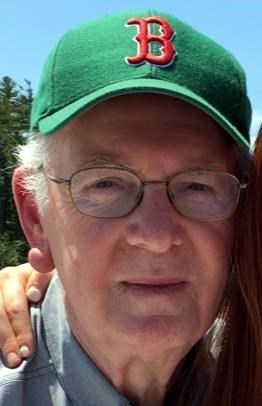 Henry J. Brown, 77 of Bedford, died January 16, 2018 at the Catholic Medical Center after a short illness. He was born on May 16, 1940 in Springfield, Mass. the son of Henry F. and Loretta (Hurley) Brown. He moved with his family to Manchester when he was 8 years old, was educated in the Queen City school system and was a graduate of Bishop Bradley High School.

He was a proud veteran of the NH Army National Guard. “Hank” was employed as the parts manager at Grappone Ford in Concord with over 40 years of service. He was a member of Jutras Post #43 in Manchester. He was an ardent fan of his sons’ and grandchildren’s sporting events and spent many afternoons cheering them on. He also enjoyed his quiet time spent mowing his lawn and the occasional trip to Foxwoods with the love of his life, his wife Joan, to challenge the “One-Armed Bandits”. He will be fondly remembered as a loving and devoted husband, father grandfather and friend.

Members of his family include his sons Steve Brown of Bedford and Ted Brown and his wife Jennifer of Westwood, Mass, his grandchildren Emma, Owen, Jack, Teddy and Rose, his cousins Tom and Simone Thurston, Carol West and Barbara Thurston and his brother and sister in law Nick and Joyce Kasiaras as well as several nieces and nephews.

Visitation was held on Friday January 19 from 4 to 7 pm at the McHugh Funeral Home 283 Hanover St. corner of Beech St. in Manchester. A Mass of Christian Burial was celebrated on Saturday January 20 at 11 am in St. Elizabeth Seton Church 190 Meetinghouse Rd. in Bedford. Urn burial will be in St. Joseph Cemetery at a later date. In lieu of flowers, the family requests that memorial donations in Henry’s name be made to the American Parkinson Disease Association 135 Parkinson Ave. Staten Island, NY 10305.