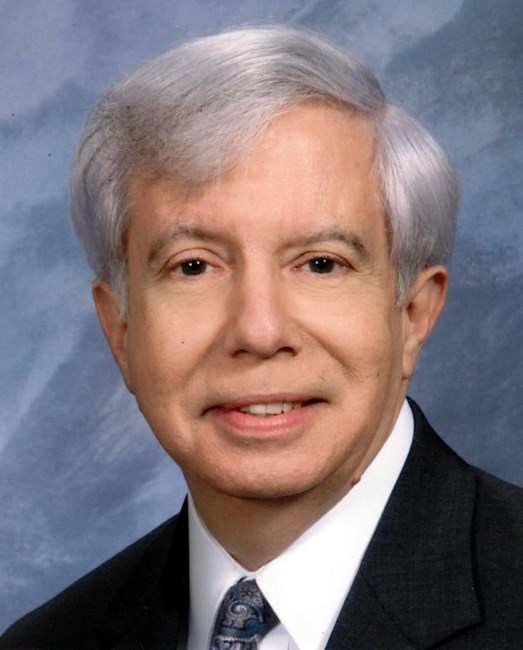 Rev. Charles Franklin Holm of Manchester, NJ, died on Thursday, January 5th, 2023 at home. He was born on April 1st, 1950 in Detroit, MI, son of Alicia M. (nee McGee) Holm and Carl B. Holm. "Chuck" is survived by his wife Gloria of 50 years, a daughter, Erin Elizabeth Schnorbus (Timothy) of Hamilton, NJ, a granddaughter, Kaylee Elizabeth Schnorbus, of Hamilton, and a sister-in-law, Debby Holm and a nephew, Paul S. Holm, both of Farmington Hills, MI. He was predeceased by his brother, Richard L. Holm of Farmington Hills, MI. A graduate of Detroit's Cass Technical High School, he earned a Bachelor of Arts degree with majors in sociology and journalism from Wayne State University, followed by a Master of Divinity degree from Princeton Theological Seminary. He and Gloria J. Prentice met as children at the Evergreen Village Presbyterian Church in Detroit and were married on August 26th, 1972. He was ordained as a Minister of Word and Sacrament by the Presbyterian Church (USA) in June 1975. He served as Pastor of several churches: First Presbyterian Church, Metuchen, NJ, The United Presbyterian Church, Sussex, NJ, First Presbyterian Church, Hornell, NY, Elsmere Presbyterian Church, Wilmington, DE, Pilgrim Presbyterian Church, Hamilton, NJ, First Presbyterian Church, Easton, PA and First Congregational Church, River Edge, NJ. Over his 35 year ministry, he was active in many church, religious and community organizations. He was elected as a commissioner to three Presbyterian General Assemblies, as a commissioner to the Synod of the Northeast and as Vice-Moderator of the Presbytery of Geneva. He was a member of the Covenant Network of Presbyterians and More Light Presbyterians. He was an Honorably Retired member of the Presbytery of the Coastlands (Presbyterian Church USA). He was a board member of Meeting Ground ( A homeless shelter network in Elkton, MD), a member of the Juvenile Conference Committee for the NJ State Superior Court and a board member of the Williams Center for the Arts, Lafayette College, Easton, PA. He served as a member of the Easton (PA) Regional School Board Authority and was twice elected to the Sussex/Wantage (NJ) regional School Board. He and his wife, Gloria, coordinated many community CROP Walks for the Hungry throughout New Jersey, New York State and Delaware. Chuck enjoyed all things historical, as well as reading and traveling throughout the United States, Canada and Europe. He served on the Board of the Northampton County (PA) Historical Society and was a member of the Bergen County (NJ) Historical Society. He was a Board member and Vice President of the Lakehurst (NJ) Historical Society. In retirement, he served as a Docent and Park Guide for Grounds for Sculpture in Hamilton, NJ and as a Patient Advocate for the New Jersey State Ombudsman Office. He also enjoyed working with Presbyterian churches in transition. A graveside committal service will be held on February 11th, 2023 at 11 am at the Brainerd-Westminster Cemetery of the First Presbyterian Church of Cranbury, NJ. In lieu of flowers, a donation in memory of Chuck can be sent to CROP/Church World Service, P.O Box 968, Elkhart, IN 46515. Condolences and tributes to the family can be left on this website.
See more See Less

Brainerd-Westminster Cemetery of the First Presbyterian Church of Cranbury