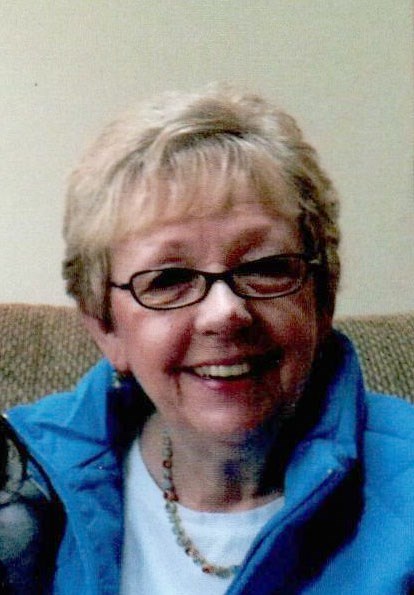 Carol Jean Wheaton, 81, of Mansfield, passed away Saturday, September 24, 2022 at her residence. Born July 16, 1941 in Mansfield, she was the daughter of Richard and Rhea (Daubenspeck) Linn. Carol grew up in Loudonville and lived there until 1974. Carol went to Cosmetology School after high school and worked as a beautician for several years. Later she worked in Customer Service at Allprints Photo and then at The Richland Mall. Carol’s family will always remember her as a loving grandmother who enjoyed spending 1:1 quality time with each of her grandchildren throughout their lives. She will also be remembered for her artistic creativity and craft-making. She spent many hours making personalized cards for her family and friends. Carol also worked with a group of Loudonville friends to design and make cards to send to military troops overseas. She is survived by her husband, John David Wheaton whom she married May 31, 1975; her sister Sharon Linn, daughter, Tina (Garland) Zimmerman; son, John (Donna) Wheaton II, her grandchildren, Austin Zimmerman, Ayla Zimmerman, Aryn (Tyler) Lamberson, Rebecca (Ryan) Pettry, Rylee (Cody) Northeim, Avery (Jacob) Roll and Lauren (Asa) Carter, her great grandchildren, Rhea, Zoe, Carson and Blake; and her son-in-law, Kyle Hudak. In addition to her parents, she was preceded in death by her daughter, Victoria Linn Hudak. Graveside Services will be held Saturday, October 8, 2022 at 11:00 a.m. at Loudonville Cemetery conducted by Pastor Rick Utt. Wappner Cremation Center is honored to serve the family.
See more See Less

In Memory Of Carol Jean Wheaton