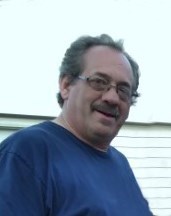 Terry Allen Harsh, age 59, of Galion, passed away Saturday, July 23, 2022 at Morrow County Hospital. He was born October 24, 1962, in Galion, Ohio, to the late Margie Ann (Council) and Howard Emmitt Harsh. Terry’s family was most important to him and he was very loyal to his friends. An outspoken man, he said what he meant and meant what he said. He enjoyed camping in his free time. Terry loved OSU football and watched NASCAR religiously. He was a member of the Amvets Post # 1979 in Galion. He is survived by his lifelong partner, Lori Gekler; two daughters, Shannon (Tom) Mogan and Jackie (Sean) Leighton; two brothers, Howard (Vic) Harsh II and Lester (Christine) Harsh; bonus children, Nicole (Justin) Bowman, Brittany Tyson, Jerry (Tammy) Cooperrider and Kyle Gekler (Shelly Rose). He loved his grandchildren, nieces, nephews, cousins and many lifelong friends. A celebration of Terry’s life will be held at a future date. Memorial contributions may be made to Amvets Post # 1979, 420 Harding Way East, Galion, Ohio 44833. The Ontario Home of Wappner Funeral Directors is honored to serve the family.
See more See Less

In Memory Of Terry Allen Harsh