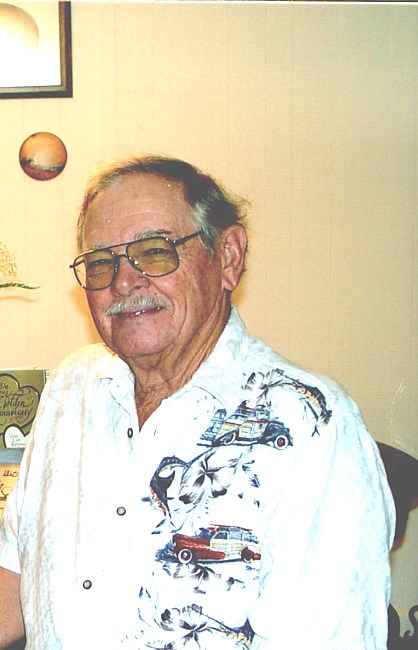 Alton was born on September 26, 1936, in Pilot Knob, Texas to Arthur & Clara Mueller Peterson. He grew up on the farm near what was then Bergstrom Air Force Base. As a young adult he was glad to get off the farm and into the city. He met Dorothy Hammack in 1956 and they were married a couple of months later. While living in Austin, he went to work for the Texas Highway Dept at Camp Hubbard as a Statistician. During these years they had two sons, Randall and Chris. Having two sons, they wanted more room for the boys to roam and Cedar Park was the next move. After 17 years with the state, Alton retired and he and Dorothy became the proud owners of an RV park on Lake Travis. He quickly got Hudson Bend Camper Resort updated and with his friendly greeting and always helpful ways, he spent the next 20 years welcoming guests from all over the country. Many of these became life-long friends. Retiring from the seven day a week park led them to Kingsland & Lake LBJ. Of course his all-time joy was spending time with his six boys - two sons, two grandsons, and two very great grandsons. Also on the schedule was more fishing and a lot more time in the RV seeing the country. For several months he had been struggling with a combination of diseases and Thursday January 20th, 2022, his heart just gave way. In addition to his parents, Alton was preceded in death by his brother Walter, nephew Norman Williamson Jr, and daughter-in-law Gwenda Peterson. He is survived by his wife of 65 years Dorothy, sons Randall & wife Gwendolyn of Hoquiam, Washington, and Chris of Kingsland, grandsons Scott & wife Brianna & their sons Max & Wyatt of Liberty Hill, and David of Lampasas, sister-in-law Melba Wages & her son Kenneth Williamson of Panama City Beach, Florida & niece Beverly Peterson Herra of Kyle and special friend Wayne Buford. A graveside service for Alton will be held Thursday, January 27, 2022 at 11:00 AM at Bagdad Cemetery, Leander, Texas.
See more See Less

In Memory Of Alton James Peterson