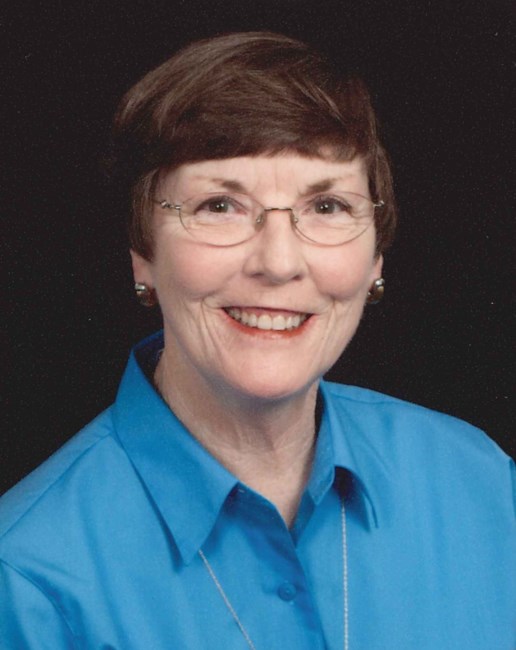 Diane was born in Welland, Ontario, Canada, on December 22, 1941, daughter of Douglas and Frances Weaver. She is preceded in death by her parents and her brother, Graeme D. Weaver. Surviving Diane is her husband, Milton Dietert of Horseshoe Bay, her sister, Suzanne Presley and Ed Presley, of Port Lavaca, Texas; her sister-in-law, Fern Hibbard, of Bryan, Texas; brother-in-law and sister-in-law, Lloyd and Sandi Dietert, of Arlington, Texas; sisters-in-law, Allene Porter of Bellville, Texas and Ann Dietert, of Boerne, Texas; 11 nieces and nephews; 17 great nieces and nephews, cousins in Canada, and many dear friends.

The Weaver family moved many times during Diane’s early years and in every place they lived, she always studied classical ballet, tap dancing and other forms of dance; ballet being her passion for many years. And in high school, she joined the orchestra and learned to play the flute, which she enjoyed immensely.

Diane attended school through Grade 13 in Canada and attended the University of Texas at Austin. In December of 1960, her brother, Graeme Weaver, brought his University of Texas at Austin college room-mate, Milton Dietert, (from Comfort, Texas) to Diane's family home in Toronto, Canada, for the holidays. Diane always said that “Milton was Graeme’s greatest gift to her”. They were attracted to each other almost immediately from the time they met and Diane often said that “as soon as I saw him, I liked what I saw and I knew a great adventure was waiting”. Diane and Milton's friendship that began that Christmas led to their wedding on June 29, 1963, in Toronto, in a double wedding with Graeme and his bride, Fern Eade. In June of this year, Diane and Milton celebrated their 58th anniversary of a long and loving marriage.

They began their life together in Boerne, Texas, where Diane started working in the title Insurance business, at Kendall County Abstract Company. Her 30-year career culminated in her ownership, of two title companies: Guaranty Title Company of Boerne and Bandera County Title Company. In 1982, Diane sold her companies when Milton was transferred (with TxDOT) to Austin. And it was in Austin, in 1985, that Diane wrote and had published "Closing 101 - A Basic Guide for Escrow Secretaries" which led to a ten year "second career" giving training seminars and workshops in title companies throughout Texas under the auspices of her company “Title Training of Texas."

In 1978, after many years of serving as a Director and an Officer of the Texas Land Title Association, Diane was elected its first woman President, an achievement of which she was immensely proud. In 2009, she was honored by TLTA as a recipient of Lifetime Achievement Award for Sustained Meritorious Service to the title industry.

Diane loved Milton with all her heart; she also loved the title business, the Texas Longhorns (especially the Longhorn Band) and her family. She dearly treasured her friends. And she was proud to become an American citizen, although kept Canada close to her heart as well. Thankfully she never learned to pronounce her “ou’s” like a Texan, because she loved the idea that her friends and family would think of her whenever they hear someone pronounce “out” like “oot”!

Diane and Milton enjoyed life after retirement, traveling the world by themselves, or with close friends, or staying home at their Lake LBJ home ("The Milton Hilton") where they loved entertaining family and friends. Diane volunteered at the Marble Falls Chamber of Commerce and was active in the Deerhaven Property Owner Association for many years. While Diane had many wonderful traits, here are just a few that embody her vibrant spirit and charming personality:

She was an intrepid traveler, whether by car, train, plane, or her favorite: European river boat which was well served by the fact that she was an expert planner and a forward thinker with thoughtful attention to detail.

If you were ever lucky enough to receive written correspondence, you were witness to an articulate woman with perfect penmanship and heartfelt words. Diane was an active listener……spending any time with her, you felt heard, validated, appreciated and understood. A clever, sharp witted conversationalist with a brilliant sense of humor, she loved to make everyone laugh. “However, comma” was just one example.

Diane was a devoted bride, their relationship was a love story for the ages. Milton came first, period. She was determined, opinionated, generous and personable. She was an adept Scrabble shark and a feline aficionado. A self-proclaimed “Indoorsey type”, she was a tireless shopper and always ready for a glass of chilled Chardonnay (or two?) on the back porch at the end of the day.

Diane and Milton were members of the Church at Horseshoe Bay.

Funeral services will be held at the Church of Horseshoe Bay at 600 Hi Ridge Road, Horseshoe Bay, TX 78657 on Friday, October 22 at 2:30 p.m. followed by a reception for friends and family at the church.

Graveside services will be at the Comfort, Texas Cemetery at a later date.

In lieu of flowers, the family requests that memorials be made to Shriners Hospital for Children - 2900 Rocky Point Drive, Tampa, FL 33607 or to the charity of your choice.

Please join the family in honoring Diane's life by visiting our memorial at www.clementswilcoxfuneralhome.com, where we invite you to share your thoughts and memories with the family.

In Memory Of Diane Dietert