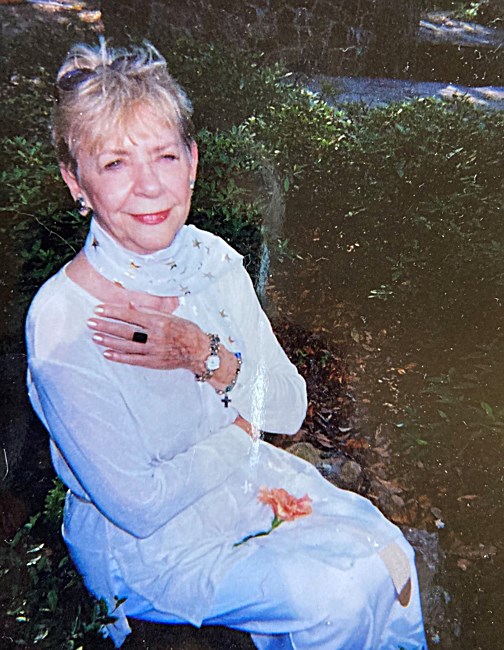 Dolores Cliburn was born September 21, 1927 in Minden, Texas. She was one of three children born to Harvey Hays and Gladys Kyle Hays. Known affectionately as Dottie Beth in her early years, and Dee in later years, she married James T. Cliburn, with whom she bore four children.

Dee and Jim traveled the world and lived in both Melbourne, Australia and Singapore as part of Jim’s career in the oil and gas industry. Dee loved international travel and delighted in new experiences. One of her many joys while overseas was entertaining, and she often welcomed friends and neighbors into her home.

Dee and Jim later settled in Houston and Dee began a teaching career, spanning elementary, middle and high school age children. Her teaching and hospitality gifts led her to open her home to exchange students, with whom she developed bonds that continued for many years. During that time, she developed her love of creative writing and began writing short stories, several of which earned writing awards in local competitions. Her creativity and imagination shone when she began writing plays. She enjoyed many close friendships and mentorships with fellow playwrights as her love of playwriting developed.

She realized her dream when several of her works were produced in local theatre. Dee’s comedy, “Man of the House”, was produced by Theatre Southwest in 1998 in their Festival of Originals and her short drama, “Destiny” was produced by Scriptwriters/Houston in their 1998 10x10 production.  Two of her full-length plays were optioned by Another Diana Weeks Productions.  She was a member of Scriptwriters/Houston and was on the board of Theatre Southwest. Dee was also active in the Texas Non-Profit Theaters Organization.  She encouraged many playwrights with her Sunday readings.

Dee was a loving mother and grandmother and will be remembered for her warm, playful spirit, found not just through her many stories, but through her home, her unique fashion sense, and the many friendships she fostered.

Dee passed away September 15, 2021, and is survived by her four loving children and their spouses, seven grandchildren, and five great grandchildren.

In Memory Of Dolores Elizabeth Cliburn