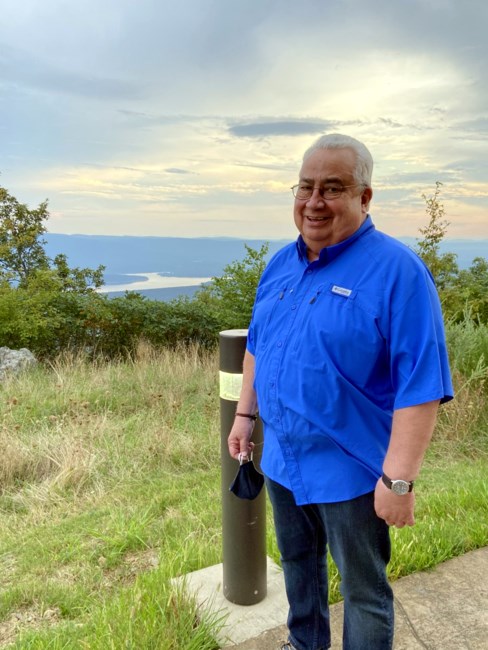 Joseph David Hernandez was a loving human to whom no summary could properly do justice to the admirable life of compassion and service that he lived. He lived his life centered around God and family. He trusted God and relied on Him throughout his life’s journey. He passed away at the age of 74 on Tuesday, August 2 of 2022. His wife survives him in their residence of 13 years in Meadowlakes, Texas. Joseph was born March 25, 1948 in Youngstown, Ohio, and was the son of Tony and Elvira Hernandez. Following his public school education, where he was a multisport athlete and friend of all, he began work at Packard Electric. Soon after his employment began, he enlisted ahead of the draft in the US Navy, serving as a lifelong example that shows his dedication to service and sacrifice. Joe served during the Vietnam war. He was honorably discharged in 1974 with the rank of Petty Officer 3rd Class, Machinist Mate. Following his back-to-back tours, he returned to the United States and married his best friend Diane King on September 23, 1972, whom he would share two children with. This began his lifelong commitment of putting family first and foremost. He would be selected for a Worldwide Head of Security and Safety Operations Position for Delphi Automotive. This position would take Joseph across the globe, including Central and South America, Europe, the Middle East, Asia, and Africa. He graduated from Youngstown State University June 18, 1994. After a 41 year career with Delphi, he retired in 2009 and transitioned between residences in France, Michigan, before finally settling in Meadowlakes, Texas. In retirement, he would spend his time with family, volunteering with the Community Emergency Response Team (CERT), Texas Baptist Men's Disaster Relief Team, and the First Baptist Food Pantry as well as being a devout and active member of First Baptist Church of Marble Falls, where he was an active member of multiple small worship and bible study groups. An avid sports lover, Joe enjoyed all Ohio sports, including and most importantly, the Cleveland Indians, Cleveland Browns, and Cavs. He also enjoyed Ohio State and Youngstown State University football. Joseph is survived by his wife Diane Hernandez, daughters Lisa (Reynaldo) Sierra and Stephanie (Francisco) Garcia, grandchildren Bianca (Mike) Drace, Jared Sierra, and Sebastian Garcia, sister Linda, nieces and nephews, numerous cousins, and brother-in-law Donald Kreiler . Joseph, Joe, Uncle Joe, Papa Joe, and JoJo wore many hats: a brother, father, a grandfather, as well as a soldier, security executive, servant of Christ, and volunteer. No matter what, he was always a family man first. In lieu of flowers, the family requests donations be made in his honor to First Baptist Church of Marble Falls Food Pantry. His loving soul will be missed as he takes his life-long commitment to service and compassion to The Kingdom of Heaven. Visitation for Joe will be Monday, August 8, 2022 from 9:30 AM to 10:00 AM at Clements-Wilcox Funeral Home, Marble Falls, Texas, with the funeral service following at 10:00 AM. Interment will be at Lakeland Hills Memorial Park, Burnet, Texas.
See more See Less

In Memory Of Joseph David Hernandez