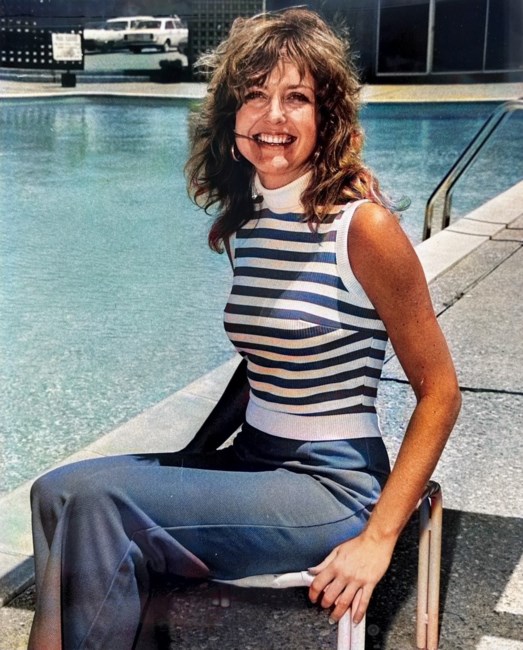 LaJuan “Lou” Taylor Burriss, 79, passed away at her home in Spicewood, Texas, on Wednesday, January 18, 2023. Her husband of 48 years, George Burriss, was by her side until the end. LaJuan was born in Burnet, Texas on August 20, 1943. She was the eldest of three children, raised with her two brothers, Phillip and Jimmy Don. She was the daughter of Weldon and Edna Earle Taylor. Weldon fought in World War II and was awarded the Bronze Star along with two Purple Hearts. LaJuan graduated high school from Columbus High School in Columbus Texas and soon after moved to Corpus Christi, Texas, where she later was crowned Miss Gulfway in 1964. LaJuan married the love of her life, George Burriss, at St. Luke’s Episcopal Church on the Lake in Austin, Texas December 11, 1974. LaJuan, George and their boys eventually settled in Marble Falls, Texas where LaJuan proudly worked for 22 years at First Baptist Church before retiring in 2004. Some of Lou’s fondest memories were traveling with George. Together, they journeyed throughout the United States and abroad, making their retirement a shared adventure. Perhaps most of all, she loved visiting and spending time with her extended family, especially her grandchildren, to whom she was affectionately known as “Lulu.” Lou was preceded in death by her parents, Weldon and Edna Taylor, and her youngest brother, Jimmy Don Taylor, DVM. She is survived by her husband of 48 years, George Burriss, and their three sons David “Brack” Burriss (Shari), Joseph Swynnerton, and Eli Burriss (Dara), her brother, Phil Taylor (Mary Kay), her grandchildren, Tim Burriss, Megan Barnett, Daniel Burriss, Taylor Burriss, Shelby Burriss, Braxton “Brack” Burriss, and Christian “Cash” Burriss, and her four great-grandchildren, Braxton Barnett, Austin Burriss, Brooke Barnett, and Riley Burriss. She will be greatly missed by her family and countless others who loved her as much as we did. Lou’s memorial service will be held at Clements-Wilcox Funeral Home in Marble Falls, Texas on Thursday, January 26, 2023, at 1:00pm, with visitation commencing at 12:00pm. Immediately following the memorial, there will be a graveside service at Andice Cemetery in Andice, Texas (Williamson County). In lieu of flowers, Lou’s family asks that you consider making a donation to The Phoenix Center (www.phoenixtx.org) in Horseshoe Bay, TX, a charity for Children and a cause close to Lou’s heart.
See more See Less

In Memory Of Welda LaJuan Burriss